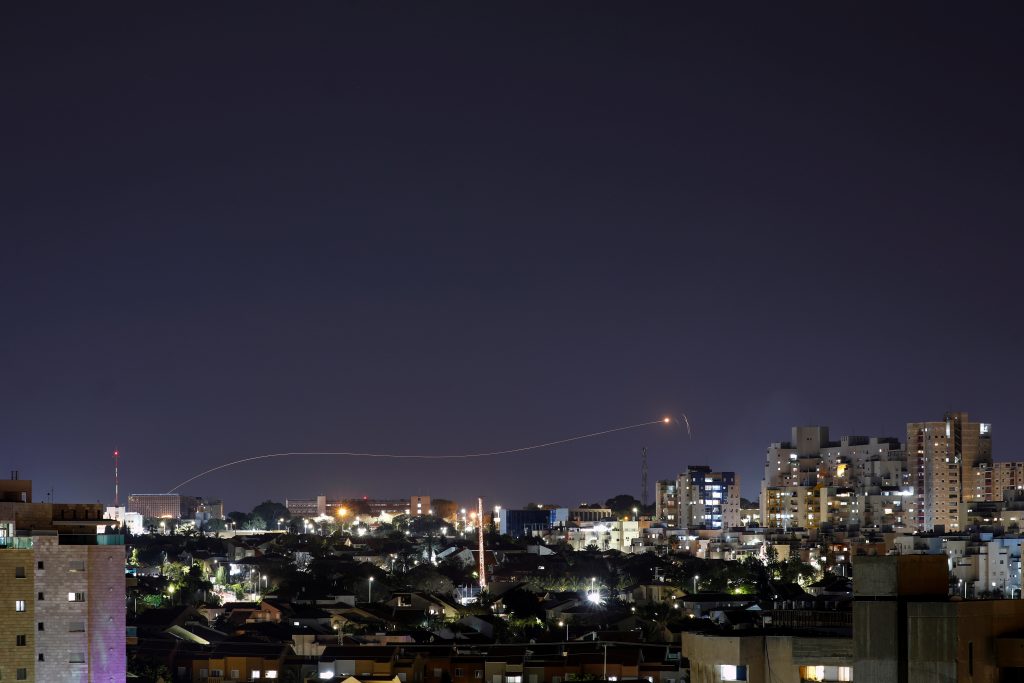 A siren was sounded shortly after 11:00 p.m. in Kibbutz Kissufim, located in the Eshkol Regional Council near the border with Gaza. One of the rockets fired exploded near a road in a town in the region, damaging the road.

There were, baruch Hashem, no reports of physical injuries.

In response, the IDF attacked underground infrastructure and rocket launchers belonging to the Hamas terror group.

A senior Hamas official, Ahmad al-Modalal, said, “We will not sit with our hands folded in the face of the ongoing attacks by Israel in Jerusalem.”

On Motzoei Shabbos, air raid sirens sounded in Sderot and other communities on the Gaza border just prior to 9:00 p.m., and in Nirim at 10:28 p.m.

In a statement, the IDF said that one missile was identified as having been fired from Gaza into Israel, and it was intercepted by IDF forces.

According to reports, the rocket fired towards Nirim fell within Gaza.

Gantz said that if the quiet will not be kept on the Gaza border, the Strip will be “severely hit – in its economy, security, and from the civilian perspective.”

Speaking after the situation assessment meeting, Gantz said, “The equation is very clear to [Hamas]. The IDF is ready for the option of further escalation, and we will do anything we can to keep the situation calm.”

Netanyahu said afterward that he instructed security chiefs in the meeting to prepare for all scenarios with Gaza.

Kochavi instructed the army to prepare for a possible escalation.

Kochavi postponed a visit to Washington on Sunday, expected to focus on Iran, due to the “events and possible developments,” according to an IDF statement.