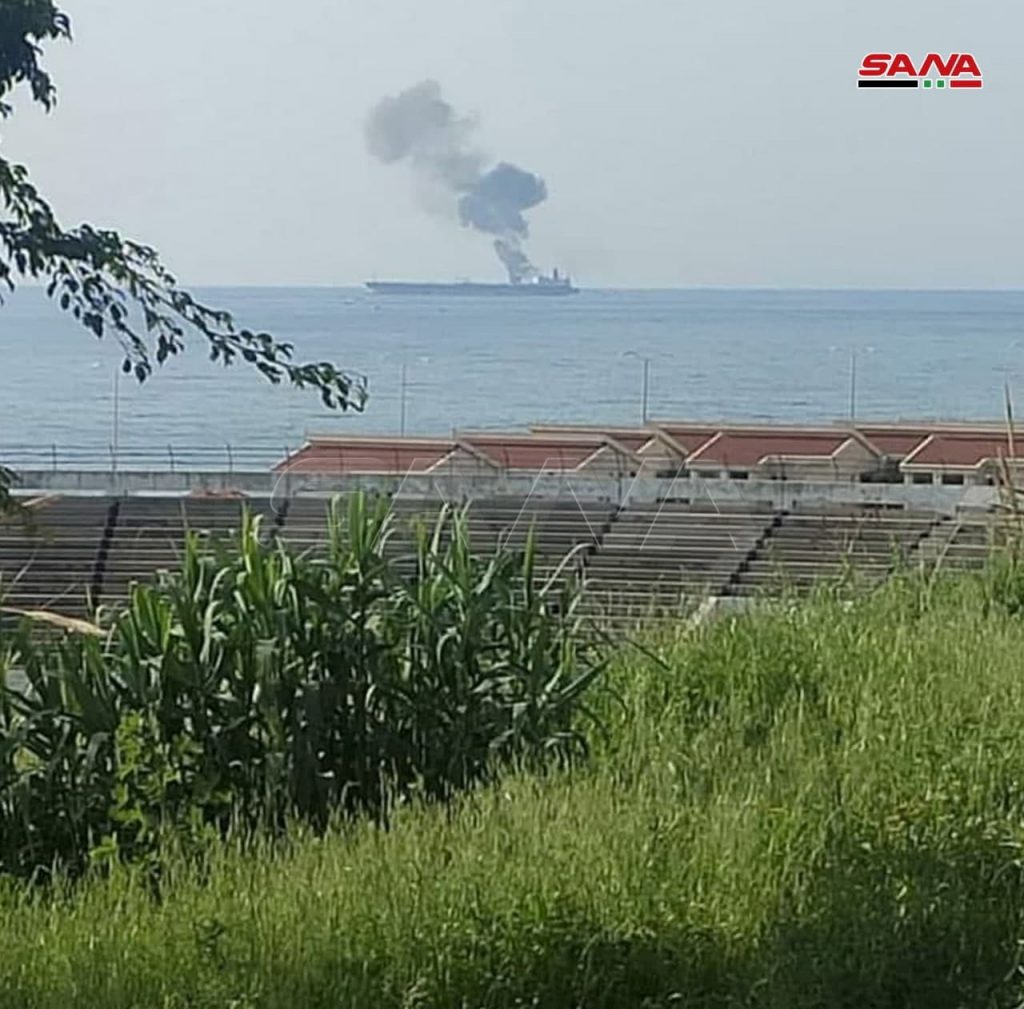 Syria’s Oil Ministry said firefighters on Saturday put out a fire on an oil tanker off the Baniyas refinery after a suspected attack by a drone coming from the direction of Lebanese waters.

The identity of the vessel was unclear, with Iran‘s al-Alam channel saying it was one of three Iranian oil tankers that had recently arrived at the Syrian oil terminal with supplies, while the semi-official news agency Tasnim denied it was Iranian.

Syria’s coastal town of Baniyas houses a refinery, which, along with another in Homs, covers a significant part of the country’s demand for diesel, heating fuel, gasoline and other petroleum products, according to industry experts.

The war-torn country has faced gasoline and fuel shortages over the past year, rationing supplies in government-held areas and hiking prices.

Syria has grown more dependent on Iranian oil shipments in recent years but tightening Western sanctions on Iran, Syria and their allies, as well as a foreign currency crunch, have made it more difficult to get enough supplies.

Syrian state news agency SANA, which cited the Oil Ministry statement, gave no further details about what it said was a drone attack.

Iran‘s Arabic-language al-Alam channel said there was some damage to an Iranian tanker but no casualties. But Iran‘s Tasnim news agency, quoting “certain sources,” said, “The accident happened to another vessel… and is not linked to a ship carrying Iranian cargo.”

The pro-Damascus al-Mayadeen news channel said the tanker was suspected to have been hit by an Israeli drone. The IDF declined to comment on the incident.

Israel has expanded strikes on Iranian targets including suspected weapons production centers in Syria to repel what it sees as a military encroachment by its regional arch-enemy, Western and regional intelligence sources say.