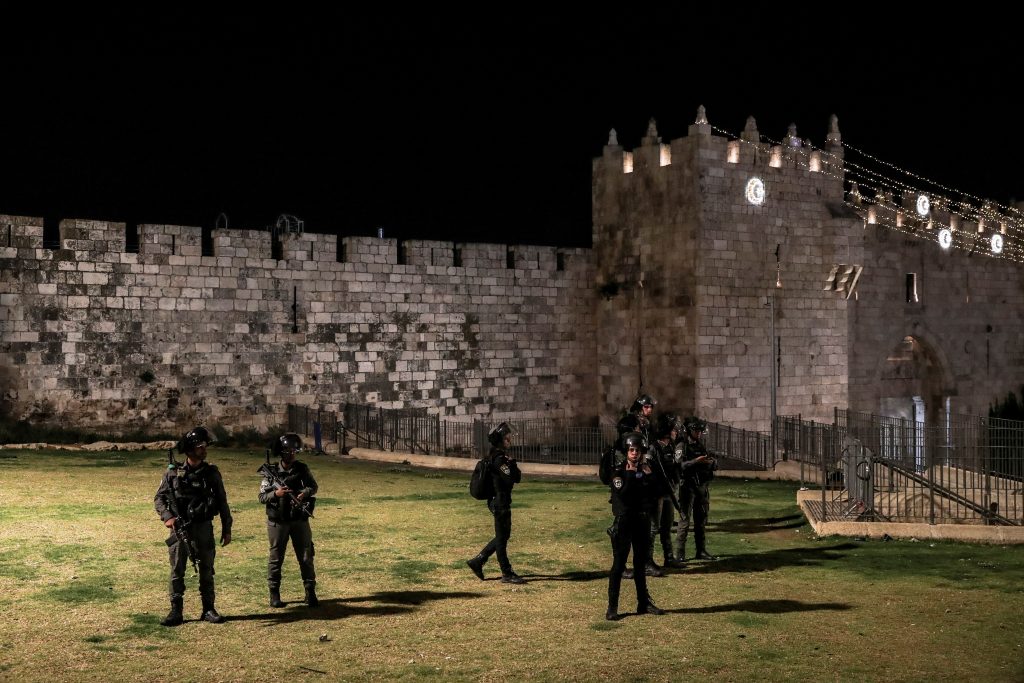 Israeli police scuffled with Palestinian rioters for a second night Friday in East Yerushalayim, amid mounting tensions over a ban on gatherings and anger fueled by social media videos posted of attacks.

Israel Police said 44 people were arrested and 20 officers were wounded in the night of chaos.

The fresh violence came after clashes overnight Thursday, in which the Palestinians reported over 100 wounded, of whom around 20 were transferred to the hospital, while the Israeli police said 20 officers had been injured.

On Thursday, police had barred access to some areas where Palestinians usually gather in large numbers during the Muslim  month of Ramadan – sparking confrontations outside one of the entrances to the Old City.

Tensions were fueled by the arrival of far-right elements at the end of a march during which they chanted “death to the Arabs.”

After calm during daylight hours on Friday, skirmishes broke out again as thousands of Muslims left the Al-Aqsa Mosque compound after evening prayers, when they found themselves confronted by dozens of armed police.

Clashes broke out between the Arabs and police, with water bottles hurled at officers who fired stun grenades to disperse the crowd.

There have been nightly disturbances in the area since the start of Ramadan on April 13, with Palestinians outraged over police blocking access to the promenade around the walls, a popular gathering place after the end of the Ramadan fast.

The Arabs yelled, “All-hu akhbar” at the police officers before throwing objects at them. The officers responded by firing several stun grenades.

The Arabs also threw rocks at the officers and set off fireworks aimed at them.

On Motzoei Shabbos, Police Commissioner Kobi Shabtai promised to “bring those involved to justice,” adding that police are reinforcing their presence in Yerushalayim.