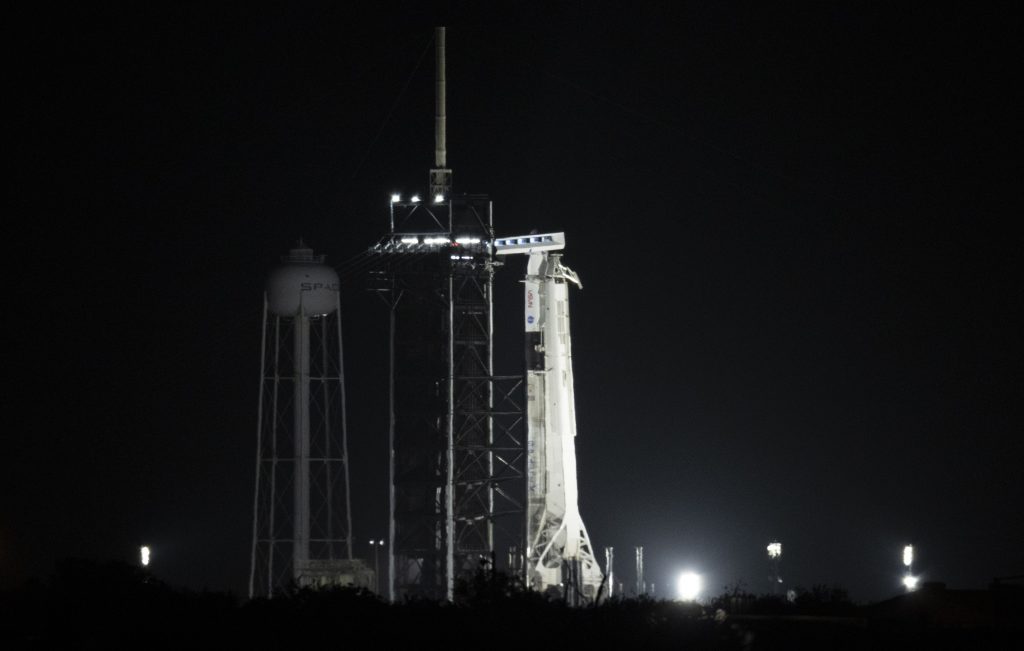 Four astronauts arrived at their launch pad early Friday morning for a SpaceX flight to the International Space Station, the company’s third bon voyage for a NASA crew in under a year.

The two Americans, one French and one Japanese astronaut climbed into white gull-winged Teslas for the ride to their rocket, all courtesy of Elon Musk’s companies. Musk met with the astronauts before they headed to the pad, wishing them well from a safe social distance.

SpaceX aimed for a split-second liftoff at 5:49 a.m., an hour before sunrise. Good weather was forecast, not only at NASA’s Kennedy Space Center but all the way up the East Coast in the event of a launch abort and emergency splashdown. Poor offshore weather prompted SpaceX to skip Thursday’s attempt.

For the first time, SpaceX was using a recycled Falcon rocket and Dragon capsule for a crew launch. The capsule soared on the company’s first astronaut launch last May, and the rocket hoisted the second crew in November.

Spacecraft commander Shane Kimbrough and his crew will replace that second set of astronauts, who will return to Earth next Wednesday in their own SpaceX capsule.

McArthur had the same seat in the same capsule as her husband, Bob Behnken, did for SpaceX’s debut crew flight. This time, he was the one huddling outside the Teslas with their seven-year-old son, saying goodbye.

The other astronauts’ spouses and children also gathered alongside the Teslas for photos, as Musk and NASA’s acting administrator, Steve Jurzcyk, watched from afar. The crowd was kept to a minimum because of the pandemic.

SpaceX picked up the station slack for NASA after the agency’s shuttles retired in 2011. SpaceX began supply runs the following year.