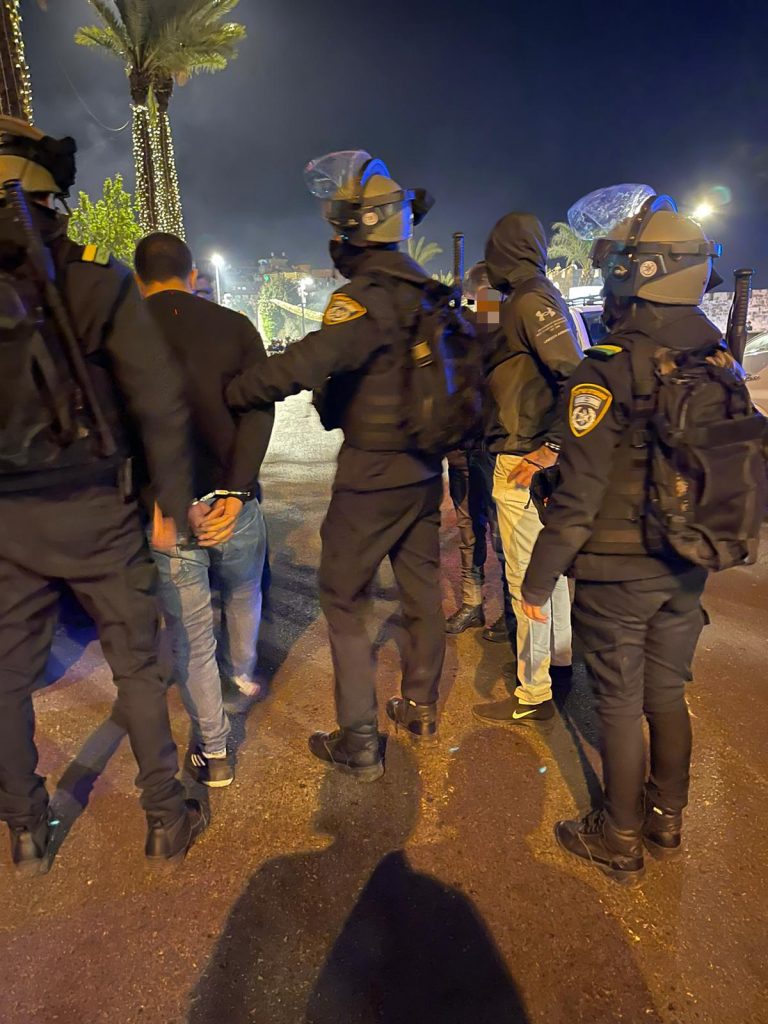 A municipal police team carrying out an operation in the Romema neighborhood of Yerushalayim noticed 5 suspects behaving in a suspicious manner. An inspection of their vehicle revealed assault weapons, coercion gear and  burglary tools.

The police detained 4 suspects. Another suspect who tried to escape was apprehended near the scene and arrested. The suspects were taken for questioning by police.