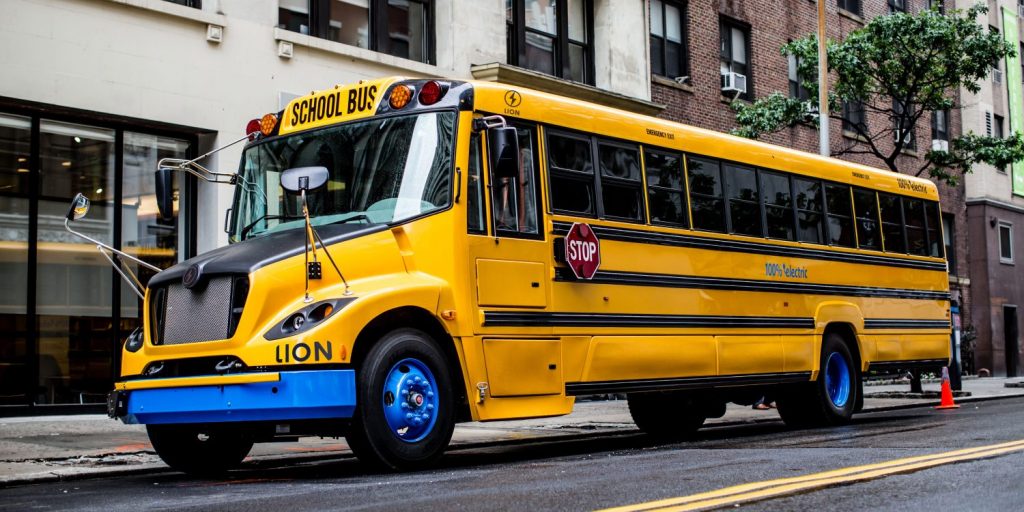 Mayor Bill de Blasio announced a commitment to reduce carbon and air pollution from vehicles by announcing that school buses in New York City will be electric by 2035. The NYC School Bus Umbrella Corporation (NYCSBUS), an independent non-profit that will manage school bus operations, is aiming to have an all-electric school bus fleet by 2030 which they hope will be a model for electrified urban pupil transportation. The City will purchase 75 accessible electric school buses in the next two years as part of the 960 buses they will manage.

The transition from a diesel school bus fleet to an all-electric fleet will have a significant impact of climate and health, with the added benefit of a cost-savings. The new fleet will reduce carbon emissions from school buses by 30% and reduce asthma emergency department visits as well as respiratory and cardiac hospitalizations with a savings of about $18 million in health care costs.

“Today we are doubling down on reducing air pollution and carbon emissions from our vehicles,” said Mayor Bill de Blasio. “The clean transportation future we need is being built right here, right now.”

The NYC Clean Fleet commitment was made in February 2020 when the school bus fleet servicing New York City public students was owned by private companies. Beginning this year, the non-profit NYCSBUS will operate 960 school buses and work in partnership with the City to manage their school bus operations. The new buses will cost $30 million over the next two years, which includes purchasing the buses as well as related infrastructure and staffing needs.