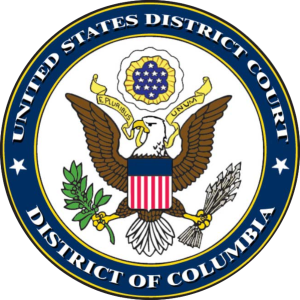 The House of Representatives on Thursday is set to approve, for the second time in less than a year, legislation making the District of Columbia the 51st state, in a move sure to further inflame tensions between Democrats and Republicans in Congress.

The population of Washington, D.C. is heavily Democratic. As a state, it likely would elect two Democratic senators, potentially changing the balance of power in the Senate, which now has 50 Democrats and 50 Republicans.

Democrats, who have been advocating statehood for the capital of the United States for decades, hope to take advantage of last November’s election of President Joe Biden as well as control of the Senate and House to admit a new state for the first time since 1959, the year Alaska and Hawaii joined the union.

Republicans, accusing Democrats of a “power grab,” are expected to block the bill in the Senate, where 60 of 100 members need to agree to advance most legislation.

“In no other democratic nation in the world does the capital city of that nation not have a vote in their Parliament,” House Majority Leader Steny Hoyer said on Wednesday.

The new state would be named “Washington, Douglass Commonwealth” after George Washington, the first U.S. president, and Frederick Douglass, a former enslaved person who became a famous abolitionist.

The House first passed this bill last June by a vote of 232-180. Republicans, who controlled the Senate then, refused to act on it. No Republicans have yet signaled their support.

Statehood would give Washington two senators and at least one House member given its population of 712,000, which is more than the populations of the states of Wyoming and Vermont. About half of its residents are Black.

Washington, D.C. has only one member of Congress – a House “delegate” who is not allowed to vote on legislation.

Even though it is not a state, residents pay federal taxes, rankling many of them because they do not have a voice in how those taxes are used.

If it became a state, it would maintain its three electoral votes, which are used in the presidential election process. States’ electoral votes are based on population.