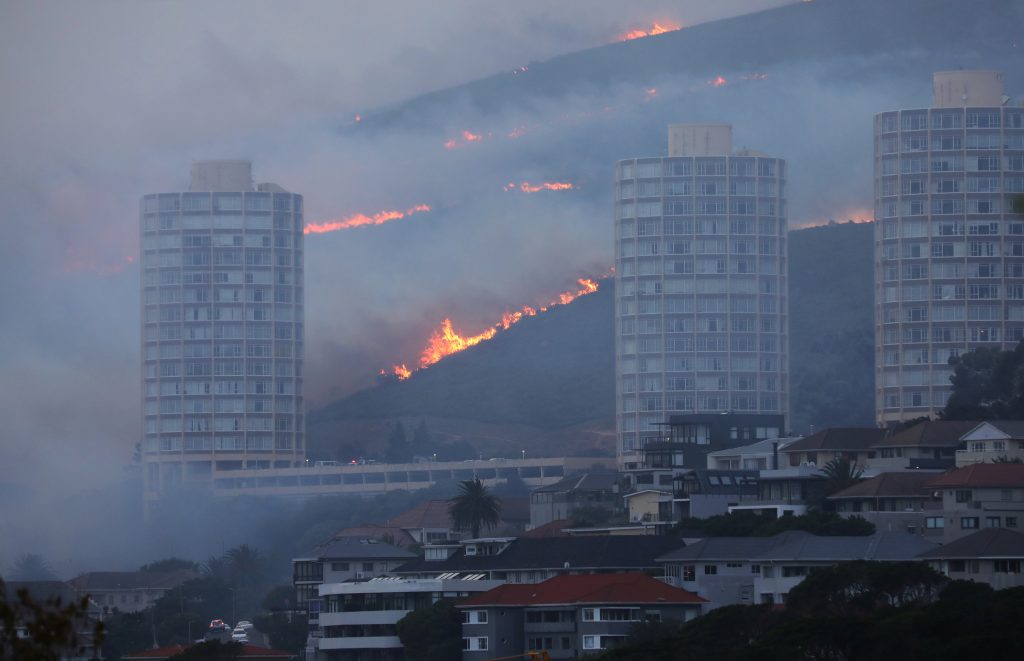 During a raging wildfire at the University of Cape Town in South Africa on Sunday, Campus Rabbi Nissen Goldman braved the flames that were engulfing nearby buildings to salvage a sefer Torah and other tashmishei kedushah from the Jewish student center.

The blaze began in the vicinity of the Cecil Rhodes Memorial monument on Table Mountain just above the university before spreading to the campus and destroying a number of historical buildings. An evacuation order was issued for the region, and police and emergency services had blocked the roads leading to the campus and the adjacent area where the Chabad Samson Student Center, which Rabbi Nissen Goldman directs with his wife, is located.

Upon hearing of the blaze in the campus, Rabbi Goldman rushed into action and arranged for a member of the Jewish community security organization to drive him past multiple emergency services blockades in a medical emergency vehicle.

“In retrospect, I realize how dangerous it was, but I felt that there really was no other option. I had to make an effort to salvage what I could, and the Gemara says that ‘shluchei mitzvah are not harmed,’” Rabbi Goldman told Chabad.org.

They drove up to the Kaplan Center, where he ran into the building and retrieved the sefer Torah and some pairs of tefillin left there by students before fleeing back to safety. The building was not on fire, though some of the surrounding structures, such as the university library and some student dorms, were partially destroyed by flames.