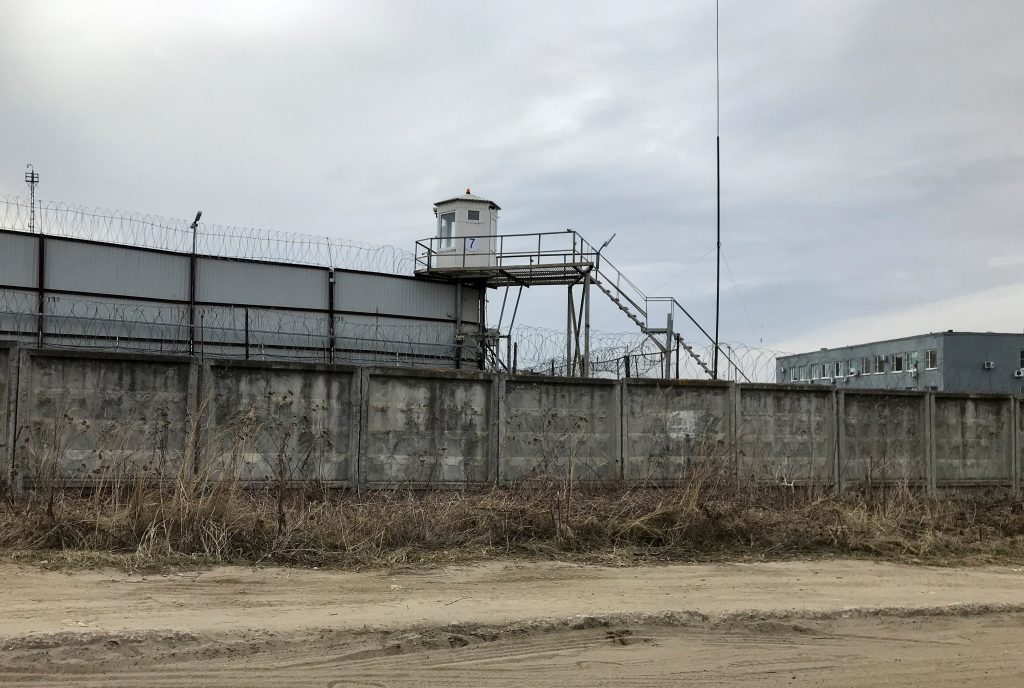 Two close associates of Alexei Navalny were detained Wednesday ahead of protests planned to support the imprisoned Russian opposition leader, who has been on a hunger strike since March 31.

Navalny’s team called Sunday for nationwide protests after reports about the politician’s health deteriorating in prison. Russian authorities have stressed that the demonstrations were not authorized and warned against participating in them.

Vladimir Voronin, a lawyer for top Navalny ally Lyubov Sobol, said on social media that people “in uniform” removed Sobol from a taxi near a Moscow metro station on Wednesday morning. Sobol was taken to a police precinct and is being held in a minibus outside the precinct building, Voronin said.

Police also detained Navalny spokeswoman Kira Yarmysh, who is currently under house arrest on charges related to January protests in support of the politician. Yarmysh was detained near the entrance of her apartment building when she went out during the one hour she is allowed to leave, her lawyer, Veronika Polyakova, said on social media.

According to Polyakova, Yarmysh also was taken to a police precinct and is being held in a car in front of the entrance.

Raids targeting Navalny’s supporters and detentions of activists were reported in other regions of Russia.

“As usual, they think that if they isolate ‘the leaders,’ there will be no protest,” Volkov posted Wednesday. “This, of course, is not the case.”

Navalny was arrested in January upon his return from Germany, where he had spent five months recovering from a nerve agent poisoning he blames on the Kremlin. Russian officials have rejected the accusation. His arrest for an alleged violation of a suspended sentence from a 2014 embezzlement conviction triggered protests that represented the biggest show of defiance in Russia in recent years.

Soon after, a court ordered Navalny to serve 2-½ years in prison for the embezzlement conviction, which the European Court of Human Rights deemed to be “arbitrary and manifestly unreasonable.”

Navalny began the hunger strike to protest prison officials’ refusal to let his doctors visit when he began experiencing severe back pain and a loss of feeling in his legs. The penitentiary service has said Navalny was getting all the medical help he needs.

“Our patient could die at any moment,” he said in a social media post.

On Sunday, the politician was transferred to a hospital in another prison and given a glucose drip. Prison officials rebuffed attempts by his doctors to visit him there.

In response to the news about Navalny’s health, his team called for more nationwide protests on Wednesday, the same day that Russian President Vladimir Putin is scheduled to deliver his annual state of the nation address.

According to a website dedicated to the protests, demonstrations were planned in 165 Russian cities as of Wednesday morning.

Russian authorities, meanwhile, escalated their crackdown on Navalny’s allies and supporters. The Moscow prosecutor’s office asked a court to brand Navalny’s Foundation for Fighting Corruption and his network of regional offices as extremist organizations. Human rights activists say such a move would paralyze the activities of the groups and threaten their members and donors with prison sentences of up to 10 years.