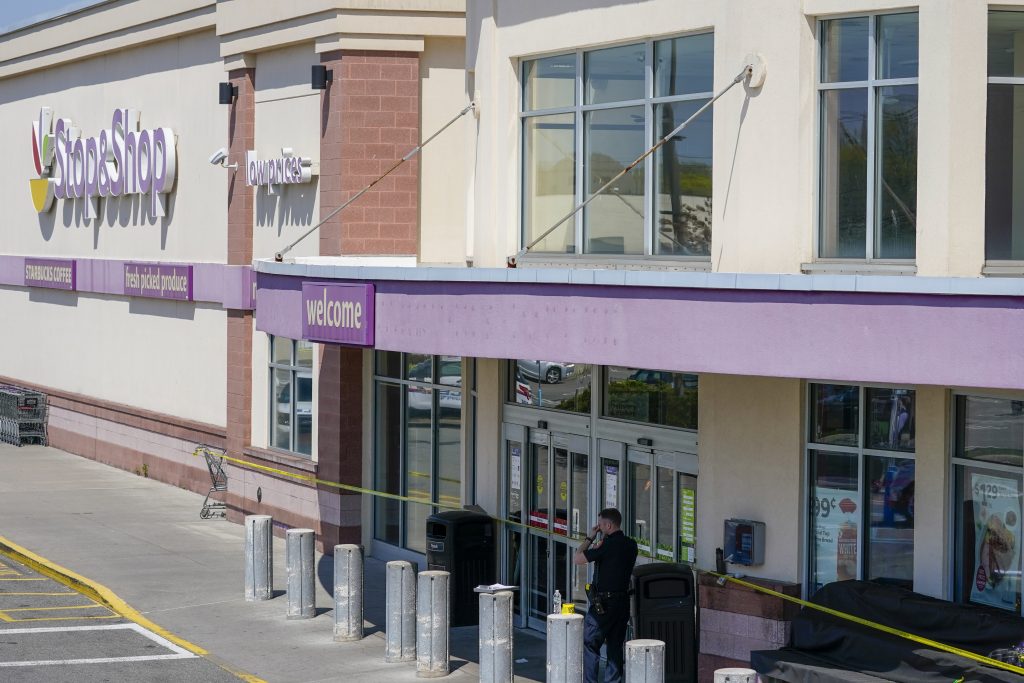 A man who killed a manager and wounded two workers at a Long Island grocery store was a “troubled employee” who had been reprimanded in recent months for threatening colleagues, police said Wednesday.

Gabriel DeWitt Wilson, a shopping cart collector at Stop & Shop in West Hempstead, opened fire Tuesday in an office area above the retail floor about 40 minutes after talking to a manager about transferring to another store, Nassau County Police Detective Sergeant Stephen Fitzpatrick said.

Tips from the public led police to an apartment building about 2 miles (3 kilometers) away, where officers in tactical gear blocked off doors and cornered Wilson “like a mouse in a trap,” arresting him about four hours after the shooting, Fitzpatrick said.

Wilson, 31, was arraigned Wednesday on homicide and attempted murder charges and ordered jailed without bail. If convicted, prosecutors say he faces up to 25 years to life in prison.

Wilson’s lawyer, Brian Carmody, declined to comment on the charges. He said he spoke briefly with Wilson by telephone and that Wilson still suffered the “lingering effects” of being shot in the head when he was 19.

Wilson was involved in a gun battle in Baltimore seven years to the day before Tuesday’s shooting that left him and another man wounded. He has a criminal record in Maryland that includes several arrests, police said.

He has also been taken into custody at least twice in Nassau County for mental health evaluations, in 2016 and 2019.

Nassau County Police Commissioner Patrick Ryder said Wilson left the store after the transfer discussion and then returned around 11:15 a.m. armed with a .380 semiautomatic pistol. He went straight to the offices and fired seven shots, killing 49-year-old manager Ray Wishropp and wounding a 50-year-old man and a 26-year-old woman, both in the shoulder, Ryder said.

Both survivors were taken to hospitals, are alert and talking to investigators.

Two women, both 47, were also targeted but were not shot, police said.

Fitzpatrick, the chief of Nassau’s homicide squad, said that a woman who worked with Wilson complained to management in recent months that he would sometimes get aggressive with them.

“Gabriel was a troubled employee,” Fitzpatrick said. “He was having disputes with other workers and threatening them, and was brought into the management offices several times.”

Marc Perrone, the president of the United Food and Commercial Workers International Union representing store workers said the shooting “is a tragic reminder that the pandemic is not the only threat these workers face.”

Perrone called on corporate and elected leaders to take action addressing the “the epidemic of gun violence that threatens workers’ lives, and continues to infect more and more workplaces.”

The store will remain closed until 6 a.m. Sunday.

The shooting in West Hempstead — about 30 miles (50 kilometers) east of midtown Manhattan — followed a rash of recent mass shootings across the county, including one on March 22 that left 10 people dead at a supermarket in Boulder, Colorado.

“With this defendant’s actions we have joined the scores of American communities that have faced ravaging gun violence and mass shootings,” District Attorney Madeline Singas said. “It has come to Nassau County.”