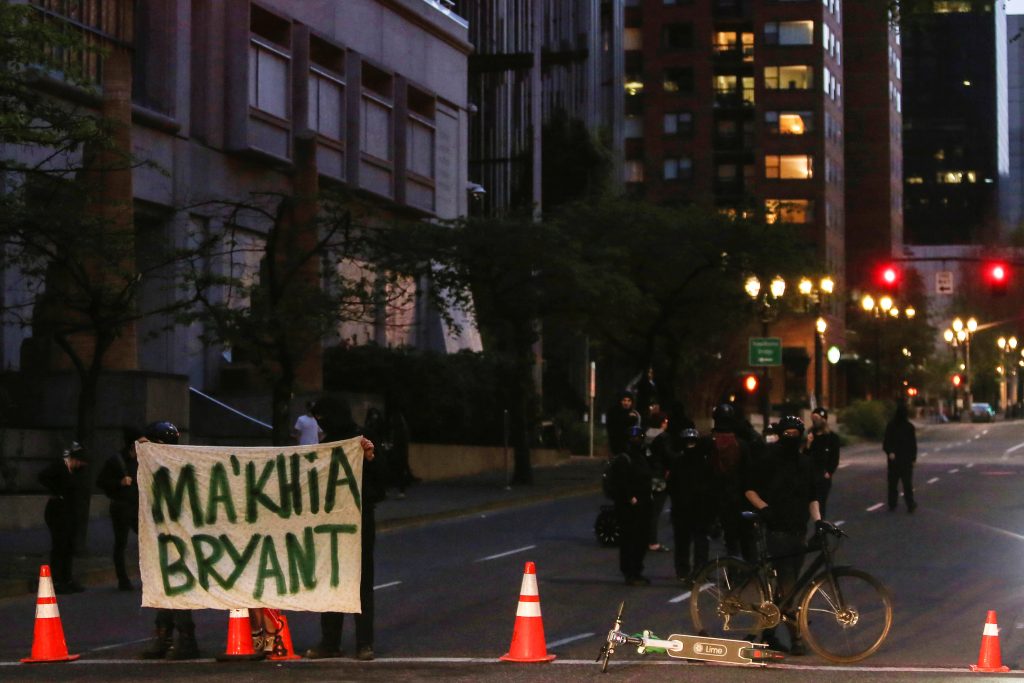 Police in Columbus, Ohio, on Tuesday fatally shot a Black teenage girl they confronted as she lunged at two people with a knife, as seen in police video footage of the encounter, authorities said.

The incident, sparking street protests in Ohio’s largest city, came as the nation was focused on the guilty verdict a Minneapolis jury returned against a white former Minneapolis police officer charged with murdering George Floyd last year by kneeling on his neck.

Releasing police body-camera video of Tuesday’s shooting hours later, the interim Columbus police chief, Michael Woods, said officers involved there were responding to an emergency-911 call from someone who reported an attempted stabbing at a home on the city’s southeast side.

Arriving police encountered a chaotic scene of several people on the front lawn where the teenager in question, brandishing a knife, charged toward one female who fell backwards, then lunged at a second female, the video showed.

A slow-motion replay of the video shows the second victim stumbling backward against a car parked in the driveway as the knife-wielding youth raises the weapon as if about to stab her, and an officer opens fire.

The teenager immediately collapses against the parked car and onto the ground, and the weapon, which appears to be a kitchen-style knife, is seen lying on the pavement near her as an officer crouches at her side to render medical aid.

Authorities described the youth who was fatally shot as a 15-year-old girl. But family members have identified her as Ma’Khia Bryant, aged 16.

The police chief said the video, which he said shows the slain teenager trying to stab both females, was released to the public within hours of the incident in the interest of “transparency.”

The officer who opened fire was not identified but appears from the video to be white. The chief said he “would be taken off the street” pending an investigation.

Around the time the video was made public, live news coverage showed a growing crowd of protesters on city streets after dark, confronting a small line of police officers on bicycles.

The demonstration appeared from media coverage to be peaceful, with protesters repeatedly chanting the girl’s name.

The Columbus Dispatch reported that demonstrators had gathered near the scene of the shooting earlier in the day.

Woods said the Ohio Bureau of Criminal Investigation (BCI) had opened an inquiry into the case. The city’s public safety director, Ned Pettus, Jr., appealed for calm while the investigation proceeds and facts are uncovered in what he called “a devastating” loss of life.

“Fast, quick answers cannot come at the cost of accurate answers,” Pettus told a late news conference with the police chief and mayor. “BCI will conduct a fully independent investigation, which will be made public. If an officer has violated policy or the law, if they have, they will be held accountable.”

Mayor Andrew Ginther said it appeared from an initial review of the footage that the officer who opened fire “took action to protect another young girl in our community.”

A woman identified in the Columbia Dispatch account as the slain girl’s aunt, Hazel Bryant, told the newspaper the teenager lived in a foster home and became involved in an altercation with someone at the residence.