World Indonesia Searches for Missing Submarine With 53 on Board
World 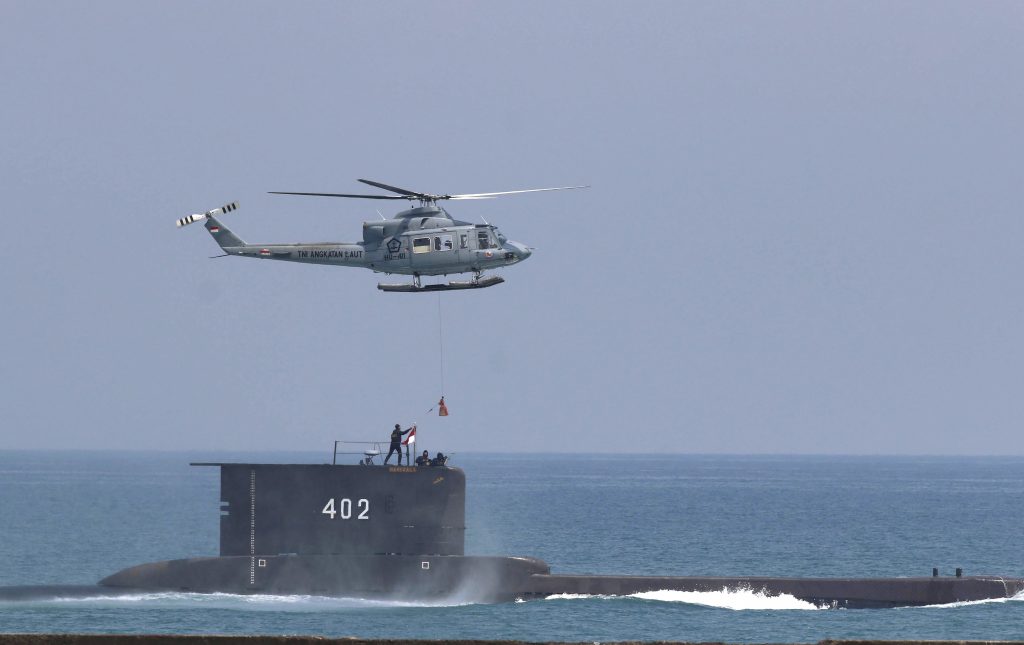 Indonesia‘s Navy is searching for a submarine with 53 people on board that lost contact on Wednesday and is seeking help from neighboring Australia and Singapore in the hunt, the Indonesian military chief told Reuters.

The 43-year-old submarine, KRI Nanggala-402, was conducting a torpedo drill in waters north of the island of Bali but failed to relay the results as expected, a Navy spokesman said.

“We are still searching in the waters of Bali, 60 miles (96 km) from Bali, [for] 53 people,” military chief Hadi Tjahjanto told Reuters in a text message.

The military chief confirmed that assistance in the search for the submarine and missing crew members had been sought from Australia and Singapore. He said that contact with the vessel was lost at 4:30 a.m. on Wednesday.

Representatives of the defense departments of Australia and Singapore did not immediately respond to requests for comment.

The military chief will hold a media briefing to share further information about the search on Thursday from Bali, a spokesman said.

The 1,395-tonne KRI Nanggala-402 was built in Germany in 1978, according to the Indonesian Cabinet Secretariat’s website, and underwent a two-year refit in South Korea that was completed in 2012.

Indonesia in the past operated a fleet of 12 submarines purchased from the Soviet Union to patrol the waters of its sprawling archipelago.

But now it has a fleet of only five including two German-built Type 209 submarines and three newer South Korean vessels.

Indonesia has been seeking to modernize its defense capabilities but some of its equipment still in service is old and there have been deadly accidents in recent years.

In 2016, an Indonesian air force transport plane crashed into a mountain, killing all 13 people board, during a training exercise in the remote region of Papua.

In 2015, an Indonesian military transport plane crashed into a northern residential area two minutes after takeoff, killing more than 100 people.