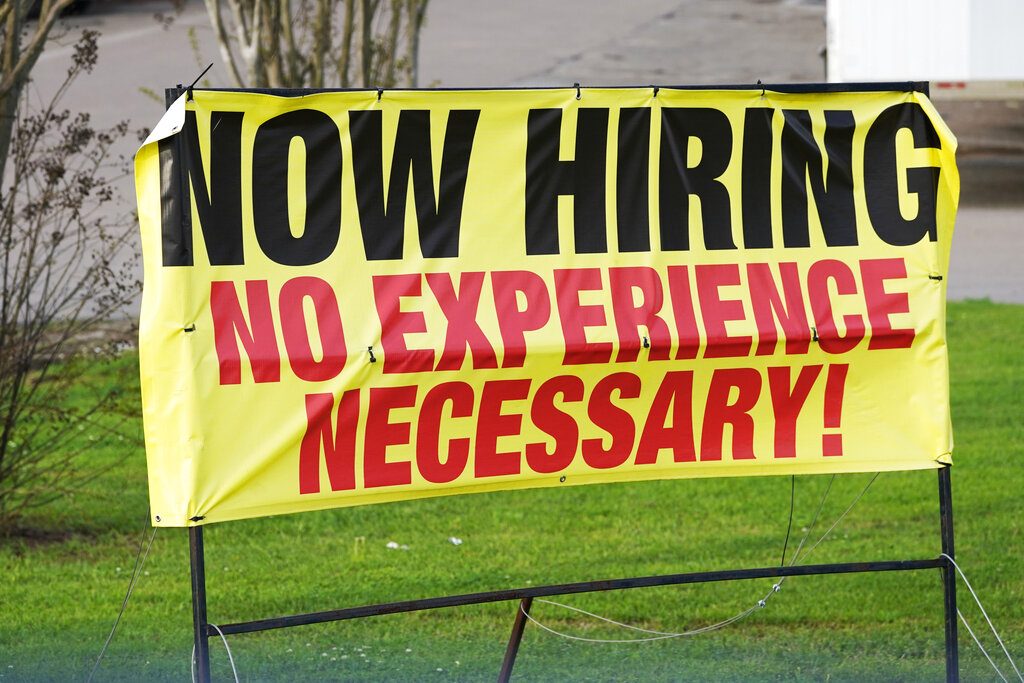 It looks like something to celebrate: small businesses posting “Help Wanted” signs as the economy edges toward normalcy. Instead, businesses are having trouble filling the jobs, which in turn hurts their ability to keep up with demand for their products or services.

Owners say that some would-be workers are worried about catching COVID-19 or prefer to live off unemployment benefits that are significantly higher amid the pandemic. Child care is another issue — parents aren’t able to work when they need to tend to or home-school their children.

Businesses of all sizes are struggling with hiring even with nearly 10 million Americans unemployed and as increasing numbers of people get vaccinated and look forward to a more normal life. But smaller companies that often can’t offer pay and benefits as generous as larger companies have a tougher time. The National Federation of Independent Business found in a March survey of its own members that 42% had job openings they couldn’t fill. Owners cited higher unemployment benefits as one factor.

“A shortage of talent is nothing new for small businesses, but the circumstances surrounding this shortage are entirely different,” says Jill Chapman, a consultant with Insperity, a human resources provider.

Companies whose work is done inside homes — including plumbers, contractors and pest control businesses — find many prospective hires are afraid of contracting the virus on a job. Meanwhile, demand for their services is up because there’s more wear and tear on houses and apartments as people spend more time at home.

Economist Joe Brusuelas says child care is another issue that may extend owners’ struggles to find workers.
“Until the schools are reopened and avenues of child care normalized, small firms in general, as well as food, beverage, leisure and hospitality, in particular, are going to face staffing challenges until later this fall at the earliest,” says Brusuelas, chief economist with the consulting firm RSM.

Child care is one reason why the pool of available workers has shrunk dramatically at Let Mommy Sleep, which hires nurses and health aides to provide in-home care for babies and give new mothers a respite. Founder Denise Stern says some of her caregivers want to work overnight and sleep during the day, but if they have their own children to care for, that’s not possible.

Stern also is being hamstrung by concerns about the virus.

“We can’t hire candidates with second jobs where exposure might happen, and honestly, a lot of candidates don’t want to work in a closed environment where we know transmission happens,” Stern says.

Stern has had to turn business away, and so have the owners of seven Let Mommy Sleep franchises around the country. Stern, who works in the Washington, D.C., area, says her revenue is down by half.

Stonehedge Farms, a popcorn manufacturer in Dover, Pennsylvania, raised its hourly pay to $13.50 from $12 in hopes of attracting more workers but co-owners Shannon and Anthony Tsonis haven’t been able to find enough people to fill the factory’s two shifts. They have 30 staffers and need another 10; the Tsonises and their office staffers have to fill in at the factory.

Before the pandemic Tsonis could rely on one of three applicants showing for interviews. Now, it’s more likely to be one in 10.