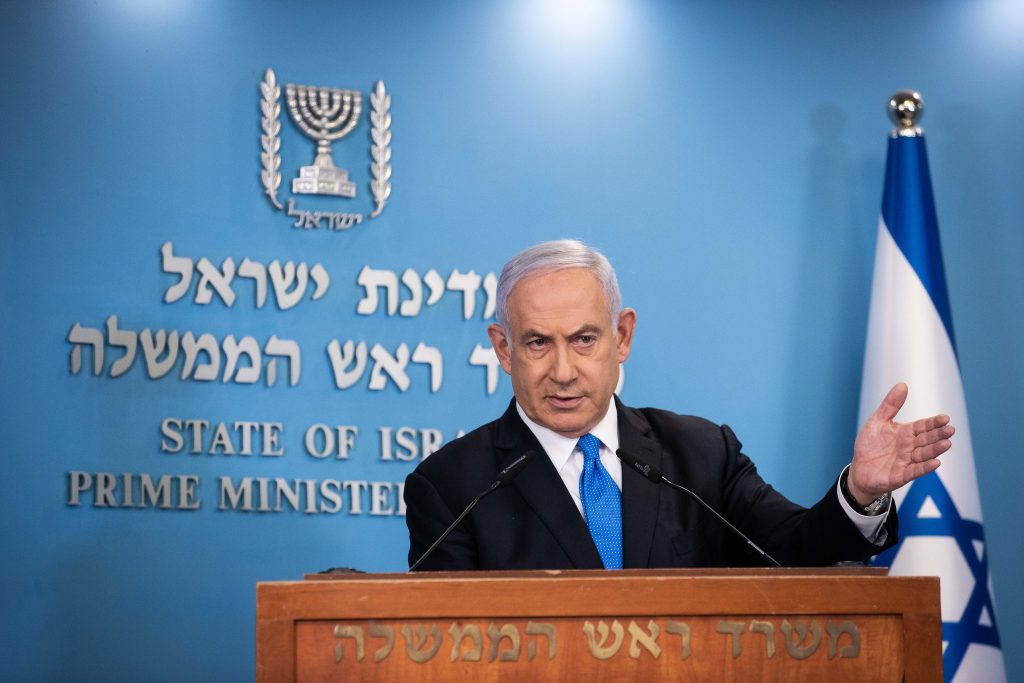 Israeli Prime Minister Binyamin Netanyahu’s‏‏ efforts to form a government appear to have come to naught on Tuesday, as he called for a special direct election of the next prime minister to break the political deadlock.

The proposal follows a severe setback in which the Ra’am party, which Netanyahu had been hoping to persuade to give him coalition support, voted for a Yesh Atid bill that gave control of the key Knesset Arrangements Committee to the opposition. The committee will basically determine the agenda of the Knesset during the interim government.

“We don’t need Ra’am,” Netanyahu said in a press conference. “We need direct elections so that we can form a government.”

Later on Tuesday, there was a backlash, as a Ra’am official reminded Netanyahu that he still needs the party to pass a bill for direct elections.

Channel 12 news quoted a senior party source who said they won’t support direct premiership elections. Without it, Netanyanhu’s chances of getting enough votes for it were highly uncertain.

Meanwhile, the right-wing parties New Hope and Yamina have yet to sign on to a Likud-led coalition with Netanyahu at the helm. New Hope leader Gideon Saar has said that he would only sit in a coalition without Netanyahu, but that a different Likud leader would be acceptable to him.

Opposition Leader Yair Lapid rejected the direct election idea, which would be only for prime minister, while the recently-elected Knesset would remain as is.

“Netanyahu, the State of Israel doesn’t need another election,” Lapid tweeted. “This isn’t a direct election, it is a bypass aimed at buying time at the public’s expense.

“It is time to form an Israeli unity government. It is possible,” he added, referring to an unlikely combination of parties on the right, left and center, including chareidi parties.

Also on Tuesday, thousands of members of the Likud party’s central committee received a text message asking them if they would support forming a government headed for the first year by current Knesset Speaker Yariv Levin of Likud, with Netanyahu as alternate prime minister.

It was not immediately if the message was sent by Likud officials or was a hoax.

In any case, Likud whip Miki Zohar said last night that after losing on the Arrangements Committee vote, the party is on its way to the opposition.

Joint List MK Ahmed Tibi asked who would be opposition leader. Zohar answered that it would be “Binyamin Netanyahu,” The Jerusalem Post quoted him as saying.