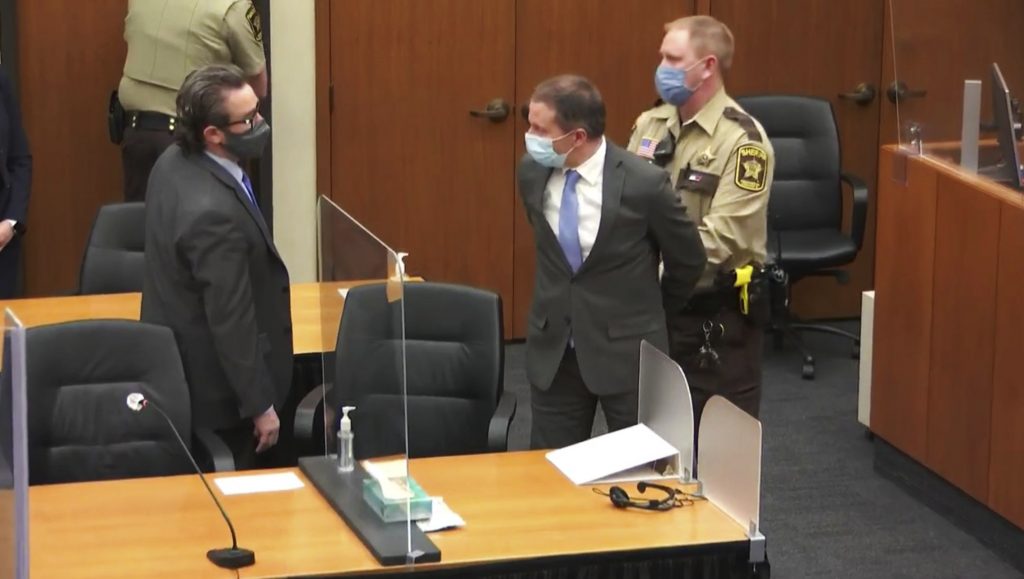 Lawmakers from both parties are expressing satisfaction with Tuesday’s guilty verdict of former police officer Derek Chauvin for murder and manslaughter in the killing of George Floyd.

South Carolina Sen. Tim Scott, the chamber’s only Black Republican, says he is thankful for a verdict that shows “our justice system continues to become more just.” But GOP Iowa Sen. Joni Ernst says, “I guess I’m in agreement” with the jury’s decision.

House Speaker Nancy Pelosi of California is expressing thanks to Floyd “for sacrificing your life for justice.” Senate Majority Leader Chuck Schumer of New York says Congress must keep working on legislation “to bring meaningful change” to police departments.

Georgia Democratic Sen. Raphael Warnock says he hopes the verdict will let “people who have seen this trauma over and over again” know the nation’s laws can give them equal protection. Warnock is pastor of the Atlanta church once led by the Rev. Martin Luther King.

Former President Barack Obama says the conviction of ex-police officer Derek Chauvin in the death of George Floyd was correct but only one step in the fight for justice.

He says in a statement that true justice requires Americans to understand that “Black Americans are being treated differently every day “and that millions live in fear that their next encounter with law enforcement could be their last.”

Obama says the country needs to follow up on the verdict by taking concrete steps to reduce racial bias in the criminal justice system and to redouble efforts to expand economic opportunity in marginalized communities.

Biden, Harris and first lady Jill Biden called members of the Floyd family moments after the verdict, according to video posted by family attorney Ben Crump.

Biden told the family, “Nothing is going to make it all better, but at least now there is some justice.”

He added, “We’re all so relieved.”

Biden said he hoped the verdict would give momentum to congressional police reform efforts.

According to the White House, Biden and Harris watched the verdict live from the private dining room just off the Oval Office.