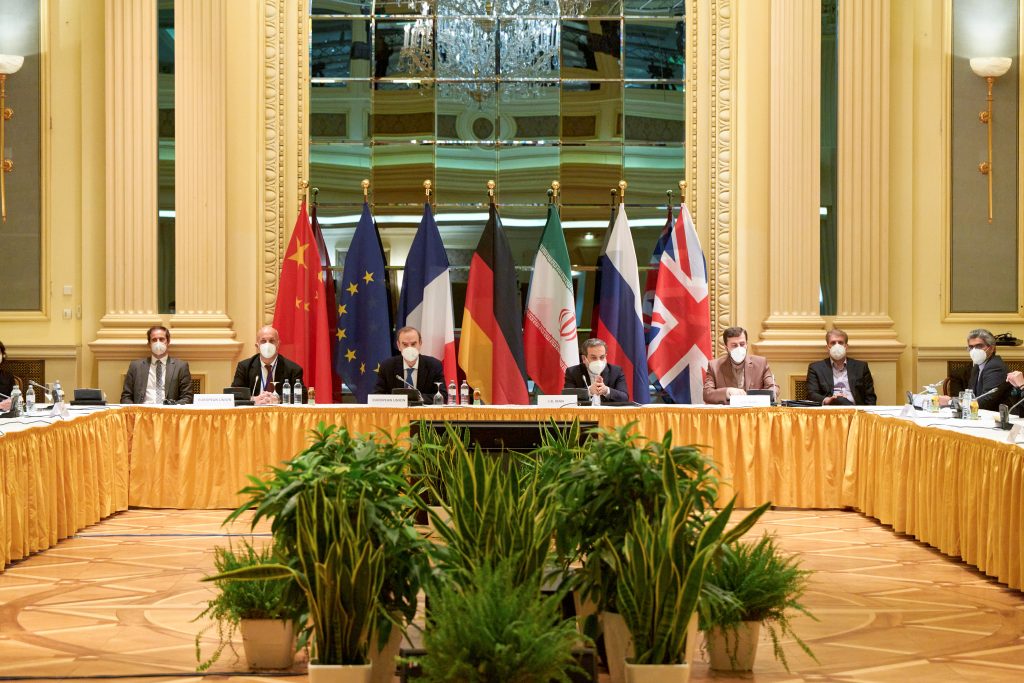 Iran‘s chief negotiator said on Tuesday talks to save the 2015 nuclear accord were moving forward despite difficulties but warned Tehran would stop the negotiations if faced with “unreasonable demands” or time wasting.

Iran and world powers have made headway in the Vienna talks though much more work is needed, a senior European Union official said, with meetings to resume next week after consultations in their respective capitals.

“The Iranian delegation will stop the talks whenever the process of negotiations leads to unreasonable demands, waste of time and irrational bargaining,” Araqchi was quoted as saying.

“It is too early to judge the outcome or to say whether we are optimistic or pessimistic, but we think we are on the right track,” Araqchi told state television.

Hardline-led Iranian news agencies quoted an unnamed source as saying the United States was only planning to issue temporary waivers instead of permanently lifting sanctions, which Washington re-imposed on Tehran after withdrawing from the nuclear accord in 2018.

“America’s intention is not to lift the sanctions completely and to be satisfied with temporary waivers on some sanctions in order to simply return to the nuclear accord so that it can use the possibility of the snapback mechanism against Iran,” the Fars news agency quoted the source as saying.

Under the 2015 deal, Iran agreed to curb its nuclear work in return for relief from U.S. and other sanctions. The accord includes the option of a snapback of U.N. sanctions if Iran breaches the deal, requiring Tehran to suspend all nuclear enrichment-related activities, including research development.