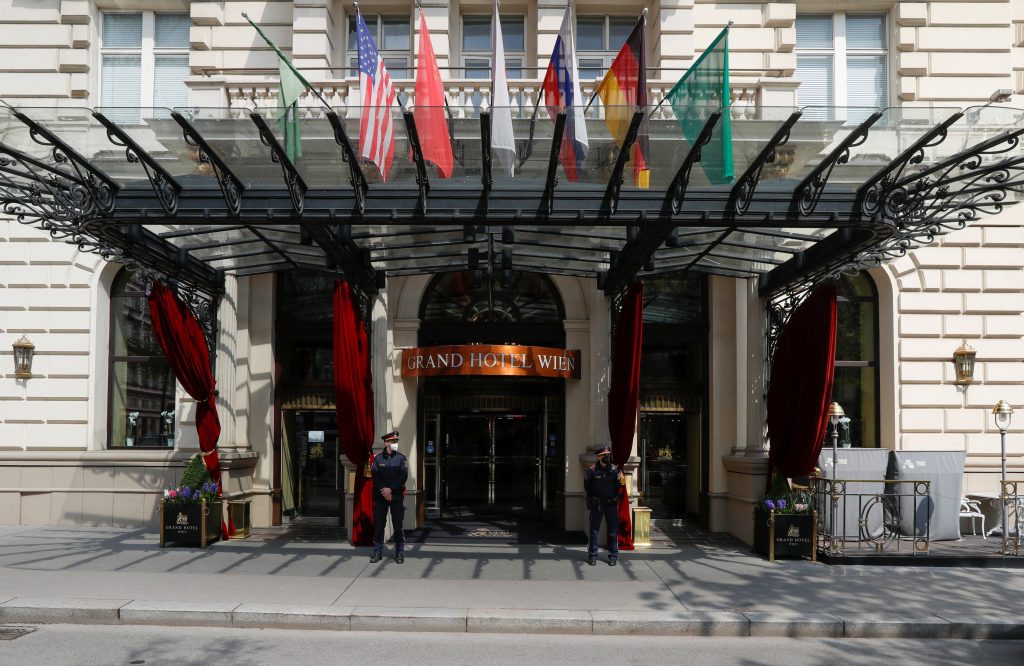 Iran began enriching uranium to 60% purity in order to show its technical capacity after a sabotage attack at a nuclear plant, and the move is quickly reversible if the United States lifts sanctions, the Iranian government said on Tuesday.

Talks in Vienna aimed at bringing the United States and Iran back to full compliance with a 2015 nuclear deal have been further complicated by an explosion at Iran‘s main uranium enrichment facility at Natanz.

Iran has responded by saying it is enriching uranium to 60% fissile purity, a big step towards weapons-grade from the 20% it had previously achieved. The 2015 pact between Iran and world powers had capped the level of enrichment purity at 3.67% – suitable for generating civilian nuclear energy. Iran denies seeking a nuclear weapon.

“The start of 60% enrichment in Natanz was a demonstration of our technical ability to respond to terrorist sabotage at these facilities,” Iranian government spokesman Ali Rabiei told reporters in Tehran.

“As in previous steps (in curbing Iran‘s commitment to the 2015 nuclear deal), … this measure can quickly be reversed for a return to the agreed enrichment level in the nuclear accord if other parties commit to their obligations,” Rabiei said, in remarks streamed live on a state-run website.

Tehran says the Natanz blast was an act of sabotage by Israel, and on Saturday Iranian authorities named a suspect. Israel has not formally commented on the incident.

Iran responded to the explosion by saying it is enriching uranium to 60%.

Iran and world powers have made some progress on how to revive the 2015 nuclear accord later abandoned by the United States, and an interim deal could be a way to gain time for a lasting settlement, Iranian officials said on Monday.

“Iran is undermining stability in the entire Middle East and the international community must act to prevent Iran from achieving nuclear weapons capability. Not today and not in the future,” an Israeli statement quoted Ashkenazi as saying.