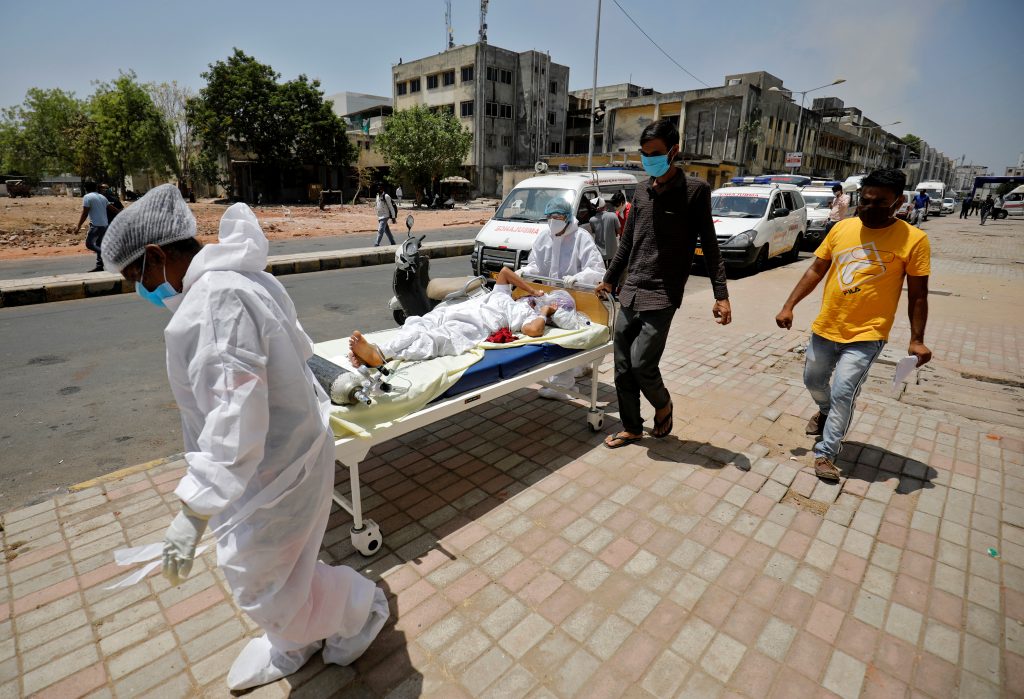 India, the country currently being hit hardest by the pandemic, on Tuesday reported its worst daily death toll, with large parts of the country now under lockdown amid a fast-rising second wave of infections.

The health ministry said 1,761 people had died in the past day, bringing India’s toll to 180,530, still well below the 567,538 deaths reported in the United States, though experts believe India’s actual deaths are far more than the official count.

The crisis in hospitals has left people fighting for beds, oxygen and medicines, and doctors said the shortages will inevitably lead to more deaths.

“The huge pressure on hospitals and the health system right now will mean that a good number who would have recovered had they been able to access hospital services may die,” said Gautam I. Menon, a professor at Ashoka University.

Total coronavirus cases in India are now at 15.32 million, second only to the United States, with epidemiologists saying far more infectious new variants were one of the main factors behind the latest surge in cases.