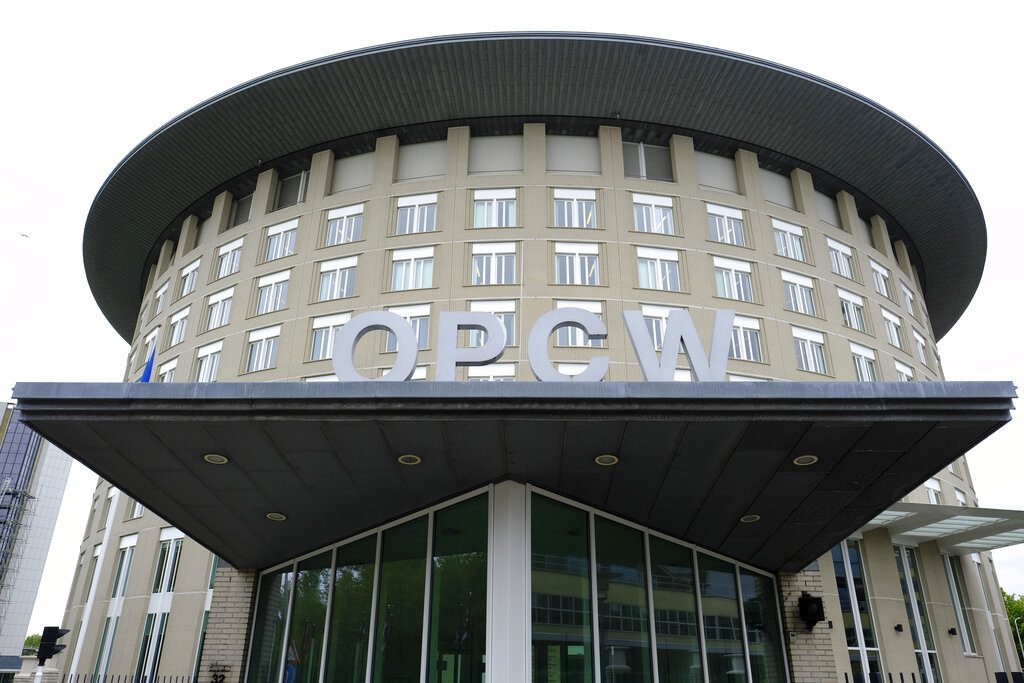 Members of the global chemical weapons watchdog considered a proposal on Tuesday to strip Syria of its rights at the Hague-based agency in response to findings that government forces repeatedly used poison gas.

A draft document, a copy of which was reviewed by Reuters, was circulated among the 193 members at the Organisation for the Prohibition of Chemical Weapons (OPCW). It was proposed by 46 nations, including the United States, Britain and France.

Syria and its military ally Russia have repeatedly denied using chemical weapons in the decade-old conflict, which has turned the once-technical agency into a flashpoint between rival political forces and deadlocked the U.N. Security Council.

The Russian and Syrian delegations at the OPCW did not immediately respond to requests for comment.

The draft decision, which must win a two-thirds majority of members attending and voting during a meeting of the OPCW’s governing Conference of States Parties this week, proposes revoking voting rights and banning Damascus from holding any offices within the OPCW.

The draft, which could be put to a vote on Wednesday, said the ongoing use “establishes that the Syrian Arab Republic failed to declare and destroy all of its chemical weapons” after joining the 1997 Chemical Weapons Convention in 2013.

Several investigations at the United Nations and by the OPCW’s special Investigation and Identification Team (IIT) concluded that Syrian government forces used the nerve agent sarin and chlorine barrel bombs, in attacks between 2015 and 2018 that investigators said killed or injured thousands.

Last week, the OPCW’s IIT concluded there were “reasonable grounds to believe” that Syria’s air force dropped a chlorine bomb on a residential neighborhood in the rebel-controlled Idlib region in February 2018. Syria dismissed the findings.