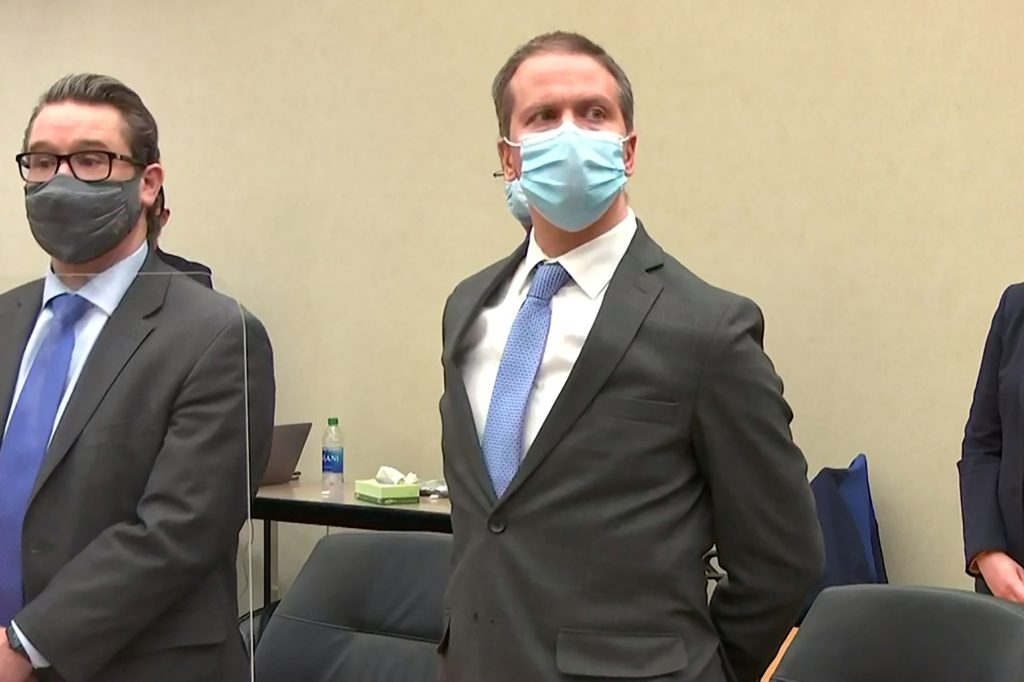 Former Minneapolis policeman Derek Chauvin will likely seek to overturn his murder and manslaughter convictions by arguing that the jury was prejudiced by media coverage and a settlement in the civil case brought by George Floyd’s family, though his odds of success are slim, legal experts said.

A jury on Tuesday found that Chauvin was guilty of second-degree unintentional murder, third-degree “depraved mind” murder and second-degree manslaughter in the death of Floyd, a Black man. Video of the incident touched off global protests over race and police brutality.

Chauvin’s attorneys will have to notify the trial court within 60 days if they plan to appeal. His lawyers then have months to review transcripts and court filings dating from the start of the case to build their arguments.

Two weeks before trial testimony began, Minneapolis agreed to pay $27 million to settle a civil lawsuit brought by Floyd’s family over his death.

The agreement was reached while jury selection in the criminal case was under way and Chauvin’s attorney Eric Nelson said the settlement had an “incredible propensity to taint a jury pool.”

Judge Peter Cahill on March 19 rejected Nelson’s request to delay the trial because of the settlement, a decision which the defense is likely to raise on appeal.

Chauvin’s lawyers may also cite Cahill’s decision to hold the trial in Minneapolis as a reason to overturn the conviction.

The defense had argued it was impossible to find an impartial jury in the city, which was rocked by protests over Floyd’s death. But the judge said the case was one of the most scrutinized in history and moving it would not make much of a difference.

Legal experts said there was little precedent for challenging a case based on venue and that trials are rarely moved in Minnesota.

To lodge a successful appeal, Chauvin would have to show that Cahill engaged in an “abuse of discretion,” or made a mistake that was clearly unreasonable or against the evidence.

“I just don’t see there are a lot of close calls in terms of the judge’s discretion,” Applebaum added.

Another potential point of appeal could be media coverage and protests over a fatal police shooting in a nearby Minneapolis suburb during the late stages of the Chauvin trial.

Police shot and killed Black motorist Daunte Wright in Brooklyn Center, Minnesota. U.S. Representative Maxine Waters was in Brooklyn Center over the weekend and urged protesters “to get more confrontational” if Chauvin was found not guilty.

That prompted Cahill on Monday to call her comments “abhorrent,” though he also denied a request by Nelson to declare a mistrial.

“I’ll give you that Congresswoman Waters may have given you something on appeal that may result on this whole trial being overturned,” Cahill said.

Joseph Friedberg, a Minnesota criminal defense attorney, said an appeals court would not overturn a conviction because of media coverage or emotional protests.

“Cases aren’t going to be reversed on that basis,” he said.

“That will be another issue he will appeal on but I don’t think he will be successful,” said Baker. “You’re going to need direct evidence: a juror who says they were impacted. You cannot just speculate.”