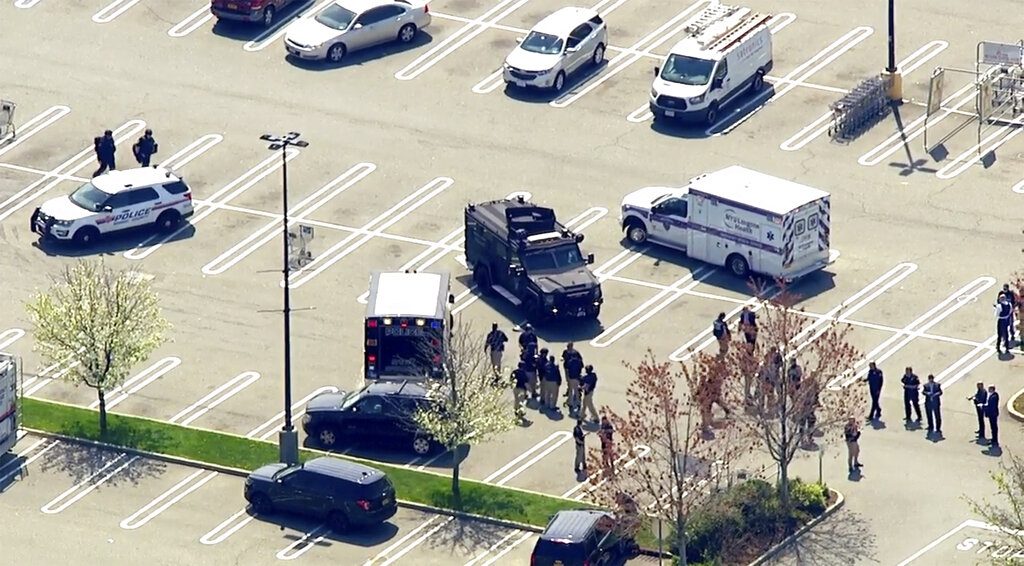 Multiple people were shot at a shooting in Long Island, the NYPD said.

At least one person was killed and two were injured in the offices of the Stop & Shop grocery store on Cherry Valley Road in West Hempstead, NBC News 4 reported.

The suspect has been identified as Gabriel DeWitt Wilson, age 30. An African-American man standing roughly six feet tall, Wilson was last seen in a black sweatshirt and a black baseball cap, heading westbound on Hempstead Turnpike.

Wilson had been an employee of Stop & Shop but it was unclear if he was still employed there. Police are still searching for a motive.

Wilson was captured by police several hours after the attack.

Video footage from the parking lot showed ambulances and police officers on the scene.

“Everybody seemed to start running out of the store, panicked and frantic,” an eyewitness told News 4.

The police said the two injured were being treated in the hospital.

The West Hempstead School District  local schools were on lockdown due to the active shooter at large for several hours. A member of the local Jewish community told Hamodia all nearby yeshivas have been placed in lockdown as a precaution.

In a statement, Stop & Shop said it was “shocked and heartbroken by this act of violence that occurred at our store.”

“Our hearts go out to the families of the victims, our associates, customers and the first responders who have responded heroically to this tragic situation,” the statement continued. “At this time, we are cooperating fully with local law enforcement on the investigation. The store will remain closed until further notice, and we appreciate the Long Island community’s support during this difficult time.”

Governor Andrew Cuomo said he was monitoring the situation with the police.

“The New York State Police has been directed to assist local authorities in their search for the perpetrator, and my team and I are in constant contact with first responders on the ground,” the governor said. “I’m praying for the victims, and my heart breaks for their families and loved ones.”