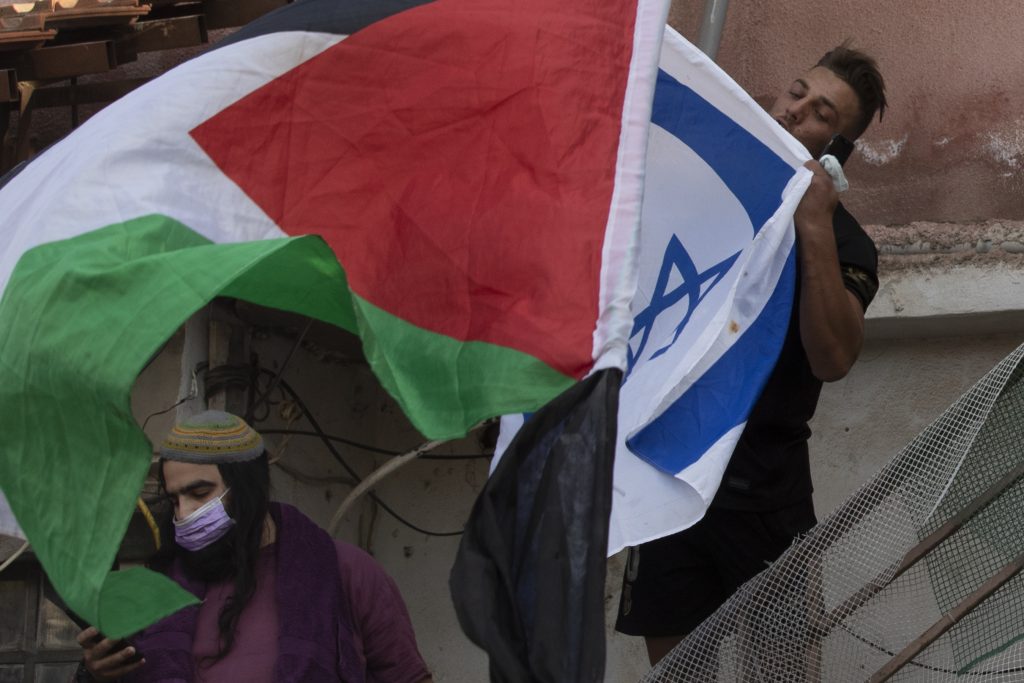 A dispute over voting in east Yerushalayim is threatening to cancel or delay the first Palestinian elections in more than 15 years.

While President Mahmoud Abbas is vowing to hold the vote, Israeli restrictions on Palestinian voters in east Yerushalayim could give him a pretext for calling off an election that appears increasingly likely to threaten his hold on power.

Abbas has said its residents cannot be excluded from parliamentary elections planned for May 22.

But the Palestinian Authority may need Israel’s permission for some 6,000 residents of the city to cast ballots. Israel considers all of Jerusalem to be its unified capital and bars the PA from operating in the city. It has yet to say whether it will allow voting in east Yerushalayim but has signaled it will not agree to do so.

In a statement, the Palestinian Central Elections Commission said that 150,000 voters in the area will be able to cast ballots at polling stations on the outskirts of the city, in a process that does not require Israeli approval.

The 6,000 voters in question are unlikely to affect the outcome of an election in which over 2.5 million Palestinians in Yehuda and Shomron and Gaza are eligible to vote. There might even be workarounds to allow them to cast ballots without Israeli permission.

The planned elections were initially expected to be a contest between Abbas’ Fatah movement and his rivals in Hamas, which won a landslide victory in the last elections, held in 2006, and seized power in Gaza the following year.

But in recent weeks, Fatah has split into three rival lists, including one led by Marwan Barghouti, a popular leader of the second Palestinian uprising in the early 2000s who is serving five life sentences for murder in an Israeli prison.

Polls point to a split Fatah vote that could leave the unified Hamas as the largest party in parliament. If Barghouti decides to run for president in a vote planned for July 31, he is expected to easily defeat Abbas.

Those results would likely spell the end of the 85-year-old Abbas’ political career and elevate a new leadership that Israel, the United States and the European Union have formally listed as terrorists.

East Yerushalayim offers a way out for everyone.

Abbas could call off the elections, blaming Israel for refusing to allow voting there.

Few Palestinians would argue for proceeding with elections that exclude it. Israel and the international community might quietly welcome the move as a way of avoiding the headache of another victory by the Hamas terror group, which refuses to recognize Israel’s right to exist.

Abbas has yet to give a clear signal of his intentions. In a speech Sunday night, he said “we are determined to hold elections on time in all the Palestinian areas in which we previously held them — namely, the West Bank, east Jerusalem and the Gaza Strip.”

But in a sign that a delay could be in the works, the Palestinian Central Elections Commission late Sunday said if Israel does not allow voting in east Jerusalem, it is “ready to implement any arrangements based on guidance from the Palestinian political leadership.”