At TAG, Dean Rabbi Meyer Weitman invited Yang to address students about current events in New York. At Darchei, the candidate met with dozens of students and got a look at the yeshiva’s vocational training program for high school students, later tweeting that “we should provide that for as many kids as possible.”

As yeshivos battle to keep their secular-studies programs free from government oversight, Yang has taken a position strongly in favor of yeshiva independence.

Assemblyman Daniel Rosenthal of Central Queens, a Yang supporter who participated in the tour and last month made the first endorsement by an Orthodox elected official, told Hamodia, “Andrew Yang continues to be proactive in reaching out to our community, at a time of rising hate crimes. When our community at times feels under attack — Yang continues to show how important our community’s concerns are to him, and that when he is elected, we will have a friend in City Hall.” 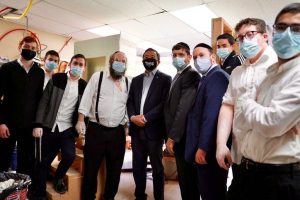 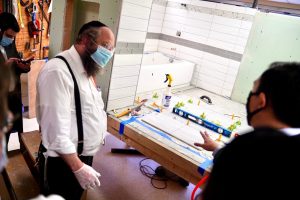 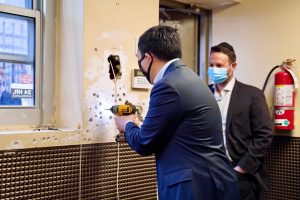 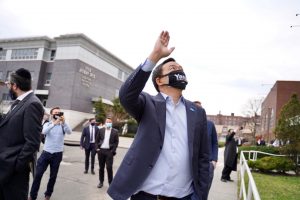