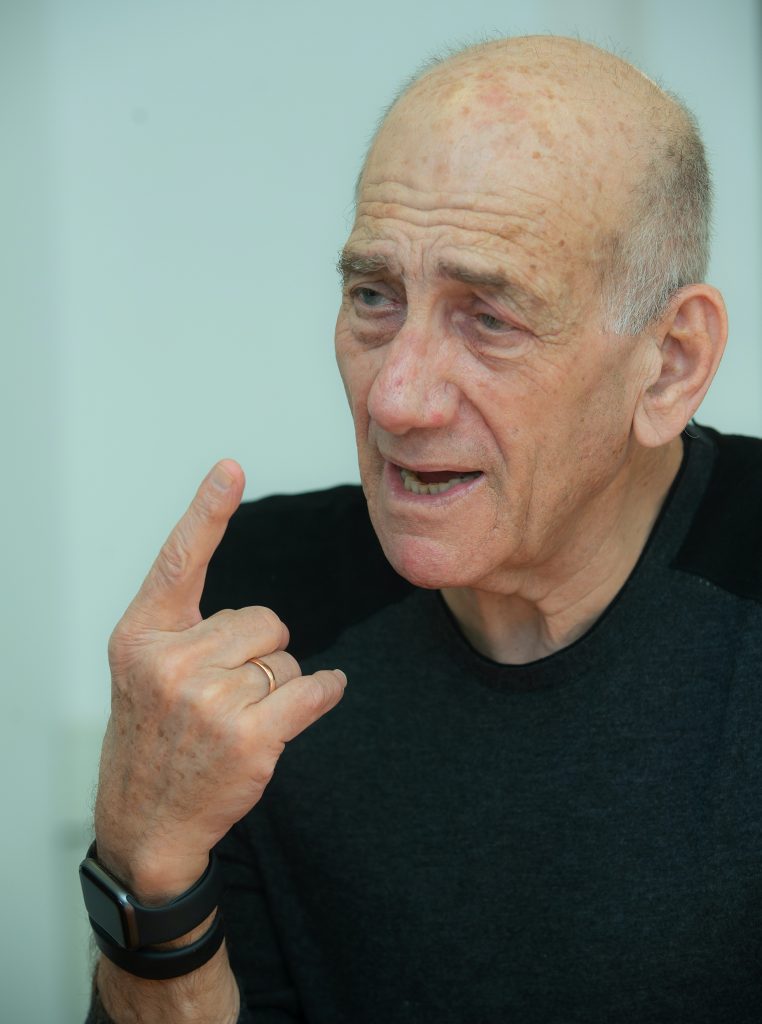 The family of Prime Minister Binyamin Netanyahu is demanding that former Prime Minister Ehud Olmert pay NIS one million ($306,000) in compensation to the Netanyahu family, after he referred to them as “mentally ill” in an interview, Channel 12 reported Monday.

In an interview with the Democrat news channel last week, Olmert said, “What cannot be fixed is the mental illness of the Prime Minister, his wife and his son. That is unfixable, and the only way to fix the country is to institutionalize them – him, his wife, and his son… they’re mentally ill.”

Attorney Yossi Cohen, who represents the Netanyahu family, has demanded that Olmert publish a public apology and retract his comments, as well as pay one million shekels as compensation to Netanyahu. Olmert was given a week to comply. If he does not, Cohen threatened to take the issue to court and to sue Olmert for slander.

“Without a doubt this crosses an ugly and dangerous line,” Cohen wrote.