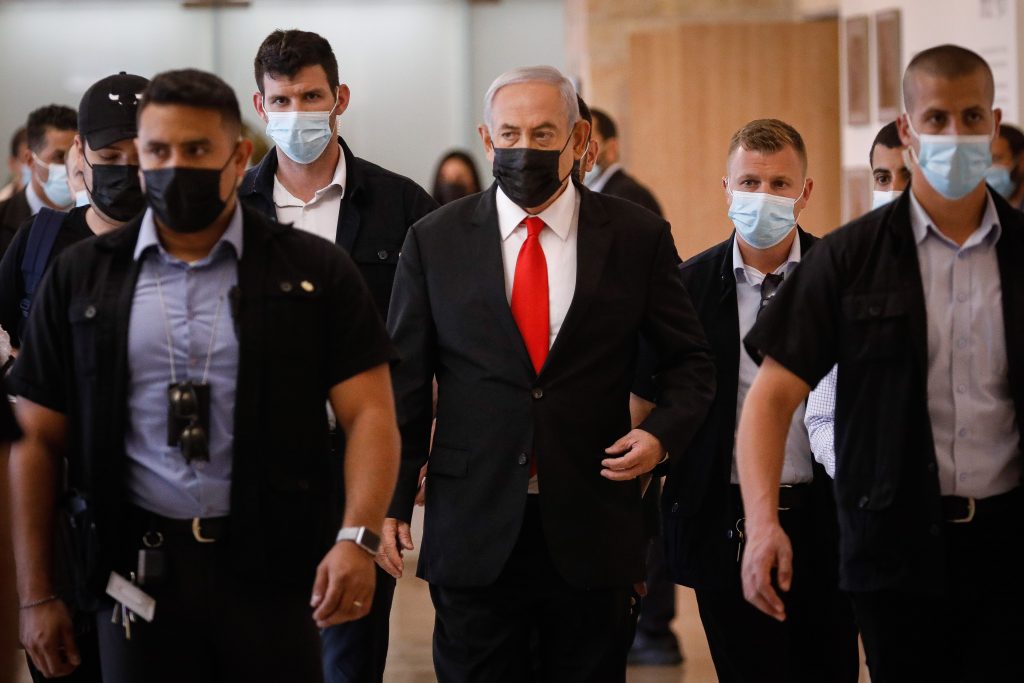 Prime Minister Binyamin Netanyahu on Monday expressed his support for a direct election for prime minister as a way of ending Israel’s two-year cycle of inconclusive elections and to prevent a potential fifth national vote since April 2019.

Netanyahu is two weeks into a 28-day window to form a coalition government after the March 23 elections. He is struggling to form a viable majority.

“There is a solution to the political mess and a huge majority of the public supports it,” Netanyahu told a meeting of his Likud party’s Knesset faction.

“Instead of forming absurd governments, for example, with a prime minister who received only seven seats in the election, there will be direct elections for prime minister,” he said, alluding to Naftali Bennett, who is said to be mulling a rotation agreement with opposition leader Yair Lapid.

While Likud’s 30 seats makes it the largest party, Netanyahu is still unable to secure the 61 seats he needs for a majority government. And on Monday he appeared to be focusing on cajoling Bennett, with whom he has had several meetings about joining a new Netanyahu government.

“Today is also a moment of truth for Naftali Bennett,” Netanyahu said.

“He pledged not to sit under Lapid with Meretz and Labor, with the support of the Joint List. Therefore, he must stop this run towards a left-wing government together with Lapid, Meretz and Labor,” the Prime Minister said.

The proposal for a direct election for prime minister came from Shas leader Rabbi Aryeh Deri.

Rabbi Deri on Monday urged MKs to support the proposal, saying that he sees “no other solution.”

“We are headed towards a fifth election that will also end in a deadlock,” he told his party’s Knesset faction. “This proposal does not change the state or the rules. It only helps in finding a solution to the impasse.”