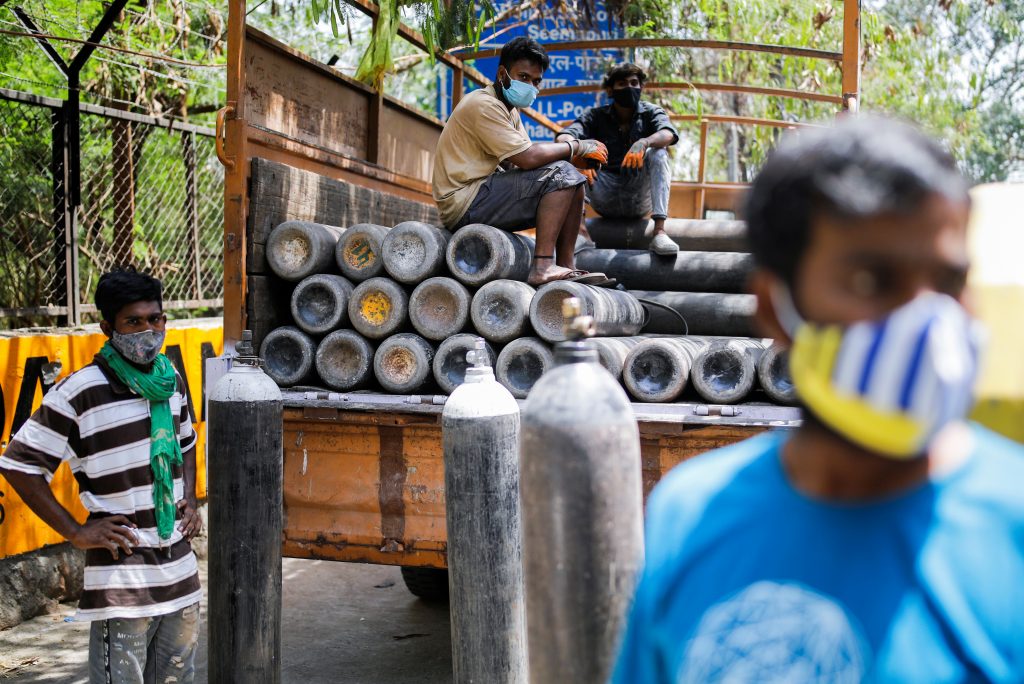 India is hopeful the United States will soon lift a ban on vaccine raw materials that has threatened to slow output of shots in the country, two Indian government sources told Reuters on Monday, after the foreign ministers of the two nations spoke.

One of the officials said the administration of President Joe Biden had told India that its request was being considered and would be acted upon “at the earliest”.

India’s foreign ministry said it did not have anything more to add than Foreign Minister Subrahmanyam Jaishankar’s tweet that he and U.S. Secretary of State Antony Blinken had discussed, among other things, “issues pertaining to our health cooperation”.

The White House has invoked the wartime powers of the Defense Production Act to preserve vaccine raw materials for its own companies, but the Serum Institute of India (SII), the world’s biggest vaccine maker, has said this went against the global goal of sharing vaccines equitably.

India is currently facing the world’s worst surge in coronavirus infections, which has led to a clamour for vaccines. India, with the world’s biggest vaccine-making capacity, has also stopped major vaccine exports to meet local demand.

The potential movement on raw materials comes days after the SII chief executive tweeted directly to Biden to end the supply curb.

“U.S. needs to lift restrictions for APIs without which there cannot be vaccines for all,” said one of the sources, referring to active pharmaceutical ingredients.

SII is licensed to make the AstraZeneca shot as well another developed by U.S. company Novavax.

The U.S. embassy in New Delhi and SII did not immediately respond to requests for comment outside regular business hours.