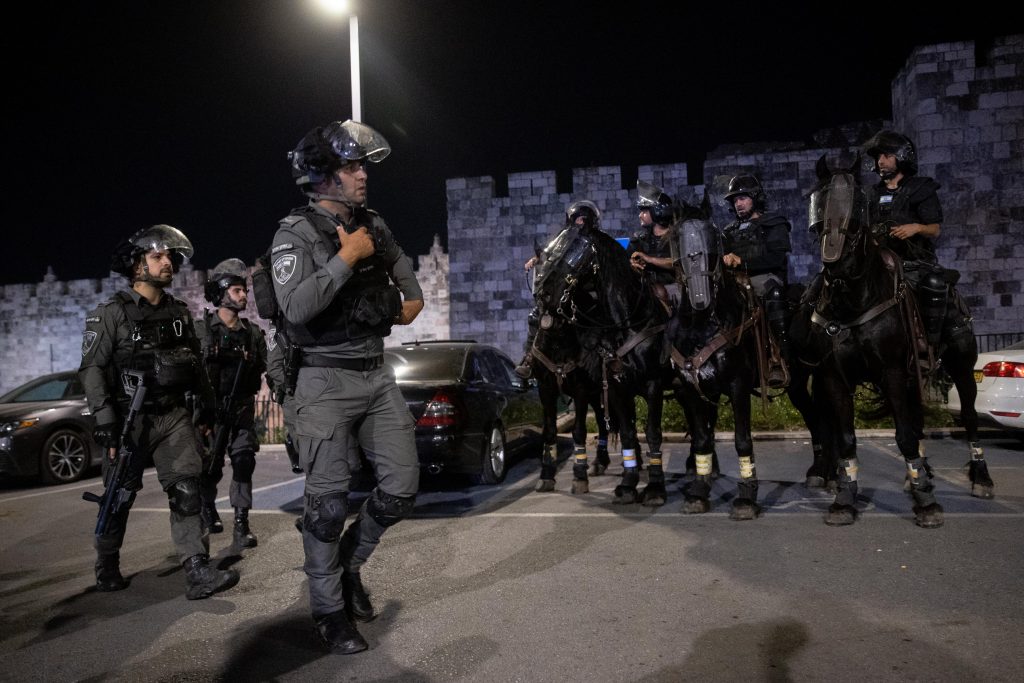 Police arrested a total of eight Arabs in Yerushalayim and Yaffo on Sunday night after clashes in the two cities between Arabs and Jews.

Three protesters were detained in Yaffo after clashes broke out in the wake of an attack earlier Sunday on Rabbi Eliyahu Mali, the head of a hesder yeshivah in the predominantly Arab neighborhood of Ajami.

In Yerushalayim, there were riots close to the Shaar Shechem entrance to the Old City, during which five Arabs were arrested on suspicion of throwing stones and attacking police officers.

In Yaffo, several dozen Jews and several dozen Arabs protested in close proximity to one another, with police separating the two groups.

About an hour after the clashes erupted and the Jewish protesters had dispersed, police announced that the demonstration was being classed as illegal, and ordered the Arab residents of Yaffo to leave the scene.

In Yerushalayim, police clashed with hundreds of protesters outside the Old City, firing stun grenades and a water cannon to disperse the crowd.

Police said they had made at least three arrests, and the Palestinian Red Crescent medical service said four people were hurt in the clashes.