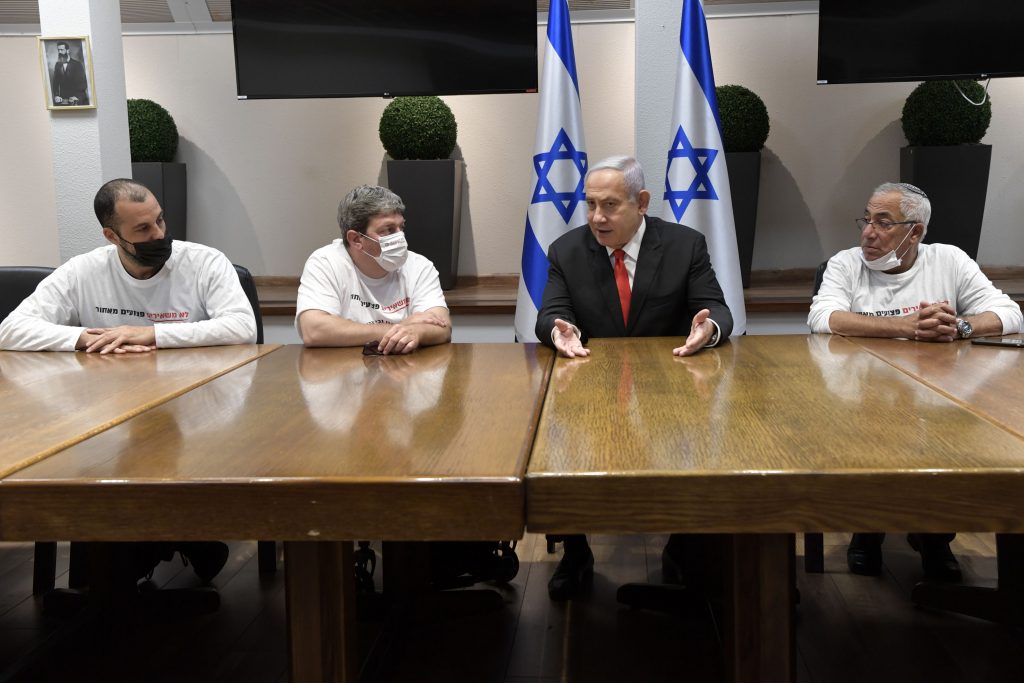 Prime Minister Benjamin Netanyahu promised better care for handicapped and wounded IDF veterans on Sunday, a week after a veteran who felt abandoned by the authorities was dangerously burned protesting lack of services outside government offices.

“The distress of handicapped and wounded IDF veterans is real. We have not updated the arrangements among them in many years. Both first aid and comprehensive reforms are needed.

“I received the letter that you sent to the Defense Minister and I have coordinated with him that we will bring both first aid and a comprehensive reform of treatment for the wounded, the handicapped and those suffering from PTSD. We will do this in the Cabinet within two weeks. This is the proposal and I think that it is very important, corrects a terrible injustice and deals with the distress.”

Kleiman responded: “We are in very difficult times. Our friend is laying burned in hospital. From here we send him – first of all – best wishes for a quick recovery and we expect to return him to the family of handicapped IDF veterans and to help him in his new rehabilitation.

“I would like to thank you. The pain is truly very great and the historical distortions demand immediate repair. I would like to thank Defense Minister Benny Gantz and you Mr. Prime Minister for rising above all political considerations and putting the IDF wounded in the place they deserve, and for the entire government of Israel being mobilized to help and repair this great injustice,” he said, according to a release from the Prime Minister’s Office.