Business With Layoffs Down and Spending Up, U.S. Rebound Gains Momentum
Business 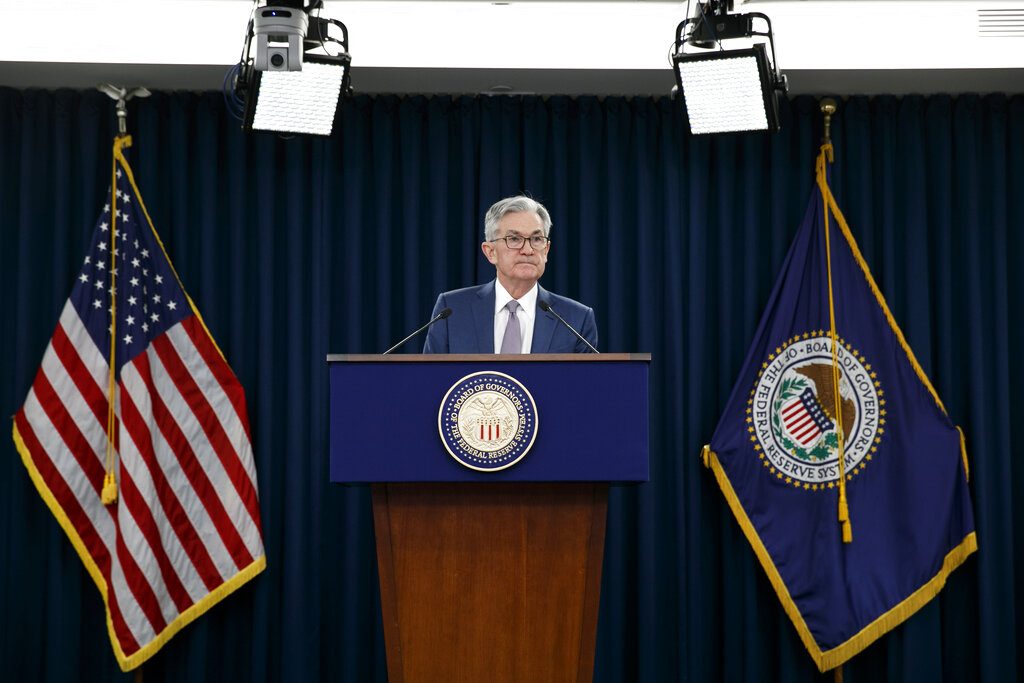 The latest barometers point to a U.S. economy that’s steadily regaining its health as vaccinations accelerate, business curbs are lifted in many states and more people are willing to travel, shop, eat out and otherwise resume their spending habits. Though many Americans who have lost jobs or income are still suffering, hopes are rising that the benefits of the recovery will spread further in the coming months to groups of people who have yet to benefit.

The number of Americans applying for unemployment benefits tumbled last week to 576,000, the Labor Department said Thursday, a post-COVID low and a sign that layoffs are easing.

And sales at retail stores and restaurants jumped 9.8% in March, the biggest gain since last May, when the economy first started to rebound from the virus’ initial blow. With U.S. household savings high, economists are optimistic that the faster spending is sustainable.

“We are really kicking into that next gear now,” said Adam Kamins, senior regional economist at Moody’s Analytics. “Things are moving more decisively in the right direction than at any time in the past year.”

The pace of weekly applications for unemployment aid is now down significantly from a peak of 900,000 in early January and has dropped below the 700,000-plus level where it had been stuck for months.

A total of 16.9 million people are continuing to collect unemployment benefits, down from 18.2 million in the previous week. That decline suggests that some of the unemployed are being called back to jobs. But the large number of ongoing recipients also points to the harsh impact of the pandemic on tens of millions of households.

Trillions of dollars of government stimulus, including $1,400 checks that have gone to most adults, as well as higher savings that many households have managed to build, have fueled more spending. Auto sales soared 15% in March, according to the government’s retail sales report. Purchases at electronics and appliance stores jumped more than 10%. Sales at clothing stores soared 18%.

Warm weather in March, after ice storms in some states had held back consumers in February, likely drove more retail spending. Restaurants and bars reported a 13% increase in sales, the most since last June. Most states have allowed more indoor dining, and outdoor dining likely picked up as well.

At the same time, factories are humming again. In March, the Federal Reserve said Thursday, manufacturing output increased 2.7%. Many economists expected a larger gain after output had fallen in the midst of February’s unseasonably cold weather. But shortages of raw materials and parts, from lumber to semiconductor chips, probably slowed factory production.

Still, manufacturing in the New York and mid-Atlantic regions is recovering strongly, according to separate surveys by the Federal Reserve Banks of New York and Philadelphia, with both reports showing more hiring, growing shipments and rising orders.

Thursday’s encouraging news follows a report earlier this month that employers added a healthy 916,000 jobs, the most since August, during March. The unemployment rate fell to 6%, less than half the pandemic peak of 14.8% in April of last year.

Kamins, the Moody’s economist, noted that data from Google’s mobility tracking service shows that Americans are increasingly venturing out to shop, visit restaurants and go to entertainment venues.

Even so, travel to worksites hasn’t picked up as much, a sign that many people — mostly in white-collar professions — are still working from home. A result is that lower-income workers in large cities are likely still struggling, because many downtown restaurants and coffee shops haven’t yet reopened or, if they have, are seeing far fewer customers.

Most analysts have grown bullish about the economy’s prospects for the coming months. They include Fed Chair Jerome Powell, who expressed his belief in an appearance last Sunday on “60 Minutes” that the economy is at “an inflection point” and appears poised for a boom.

Many economists, in fact, are concerned more about a potential burst of inflation stemming from the unleashing of pent-up consumer demand. Prices for lumber, copper, oil and other raw materials have already risen as demand for gas, homes and electronic equipment has jumped.

Consumer prices rose 0.6% in March, the most since 2012, the government reported Tuesday, and are up 2.6% in the past year. Excluding the volatile food and energy categories, though, prices rose by a more benign 1.6% year over year.

Powell has said that while inflation will likely pick up in the coming months, the price increases will probably ease as the pandemic-induced disruptions in many industries’ supply chains are worked out.