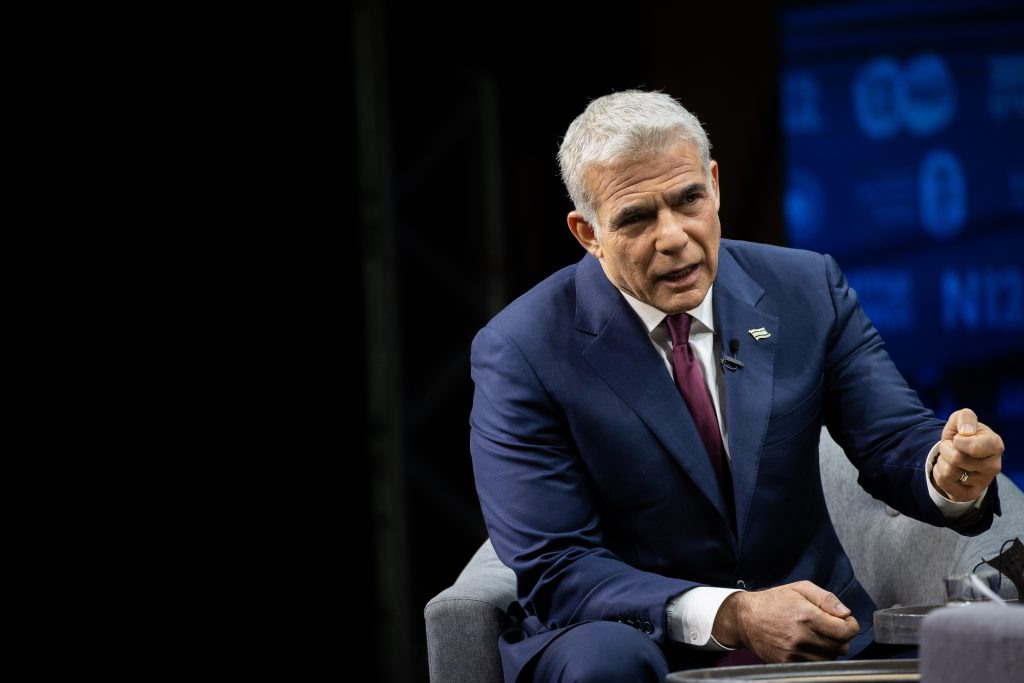 While Prime Minister Binyamin Netanyahu‏‏ continues to struggle to gain enough support to form a right-wing government, Yesh Atid chairman Yair Lapid issued a call for a unity government of the right, center and left.

“In this Israeli unity government, there will be three right-wing parties [Yamina, New Hope and Yisrael Beytenu], two centrist parties [Yesh Atid and Blue and White] and two left-wing parties [Labor and Meretz]. That’s what unity looks like. When different people with different opinions decide to work together.”

When asked if he would be willing to have Shas and United Torah Judaism in his coalition, Lapid said he ruled out only “the Kahanists,” a reference to the Otzma Yehudit faction of Religious Zionist Party MK Itamar Ben-Gvir, according to The Jerusalem Post.

He said he would help the chareidim, even if they won’t be part of his government, although when he was finance minister his tenure caused the Torah community great damage.

The broadly held view is that such a coalition could not long withstand the ideological conflicts among the parties and would soon come apart. Lapid addressed this with more rhetoric of unity:

“People ask me – how will you work together? The answer is: Much better, more fairly and more honestly than the current government. Because we won’t work for ourselves, but for the people of Israel. The leaders of the parties in the Israeli unity government won’t cheat one another. It will be a government of stability because we want it to succeed. Because we believe in a shared goal.”

Seeking to dispel reports that President Reuven Rivlin would bypass him if Netanyahu fails and send the mandate directly to the Knesset to see if an MK could garner 61 votes, Lapid said he would be very surprised if he would do so, the Post said.