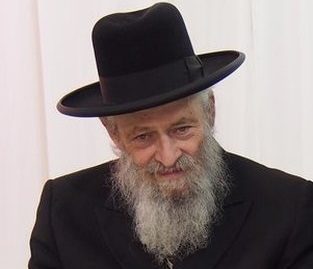 With great sadness Hamodia reports the petirah of Harav Dov Tzvi Kreiswirth, zt”l, rosh yeshiva of Yeshiva Toras Chaim in the Romema neighborhood of Yerushalayim. The yeshiva, which started 3 years ago with over 90 talmidim, now has approximately 200 talmidim. Rav Tzvi also served as the Rav of Derech Chaim and Meir in Har Nof, Yerushalayim.

Rav Dov Tzvi was the son of Harav Chaim Kreiswirth, zt”l, the Rav of the Machzikei Hadass Kehillah of Antwerp, Belgium for nearly half a century, as well as the founding rosh yeshiva of Yeshiva Mercaz HaTorah in Yerushalayim. His mother, Rebbetzin Sarah Kreiswirth, a”h, was a daughter of the renowned mashgiach of Slabodka, Rav Avrohom Grodzensky, Hy”d zt”l. She lived in the home of her son, Rav Tzvi, in Brook Hill Estates in Lakewood until her petirah at age 91.

Rav Kreiswirth’s wife, Rebbetzin Leah Kreiswirth, was a noted mechaneches in Bais Kaila High School of Lakewood, and a daughter of daughter of Rav Avrohom Abba Leifer, the Pittsburgher Rebbe, zt”l. She passed away on 12 Tishrei, 5779/September 21, 2018.

Rav Kreiswirth provided his talmidim with a kesher to the Torah and midos of the great marbitzei Torah of the previous generation, and exemplified the mesorah that he received from his illustrious father,.

The levayah is scheduled to take place on Motzaei Shabbos, 6 Iyar (April 17) at 11 p.m. at the Bais Medrash (Yoshon) of Beth Medrash Govoah on Seventh Street in Lakewood, NJ. The aron will be transported to Eretz Yisroel for kevurah.