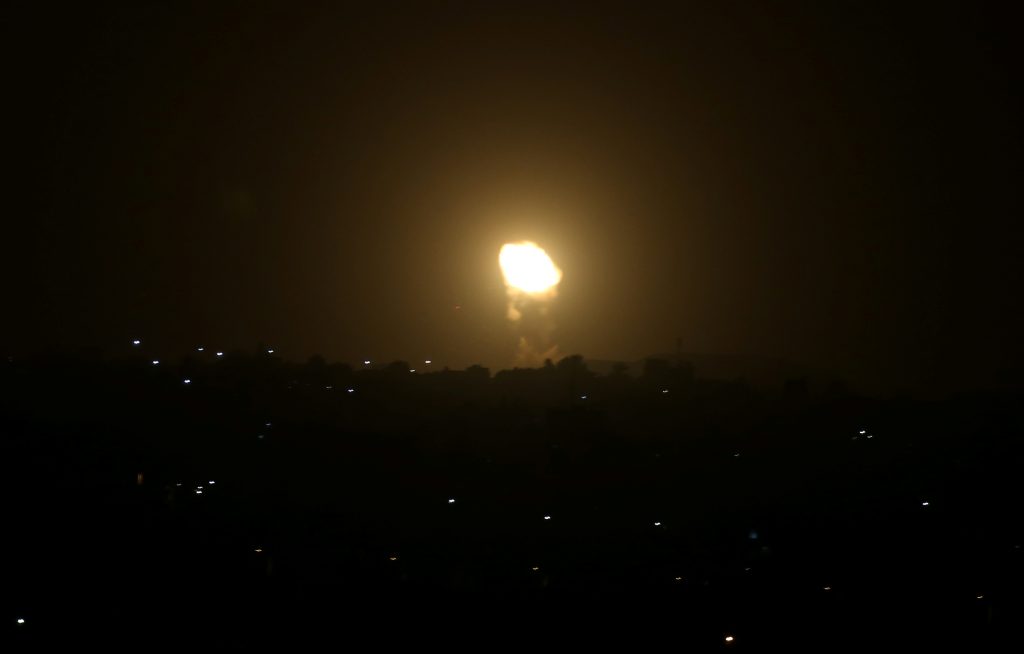 Israel attacked Hamas terror sites in the Gaza Strip early Friday in response to a rocket that landed in a southern Israeli field late Thursday night, according to the IDF.

“IDF fighter jets and aircraft recently attacked a munitions manufacturing site, a weapons smuggling tunnel and a military post belonging to the Hamas terrorist organization in the Gaza Strip,” the military said.

“The attack was carried out in response to rocket fire from the Gaza Strip into Israeli territory earlier tonight.”

The rocket from earlier set off sirens in southern Israeli communities close to the Strip. An army investigation showed that it had landed in an uninhabited area. There were no reports of damage or casualties.

No Palestinian group claimed responsibility for the rocket fire from the Palestinian enclave. Israel usually blames Hamas group for any violence act emanating from Gaza.