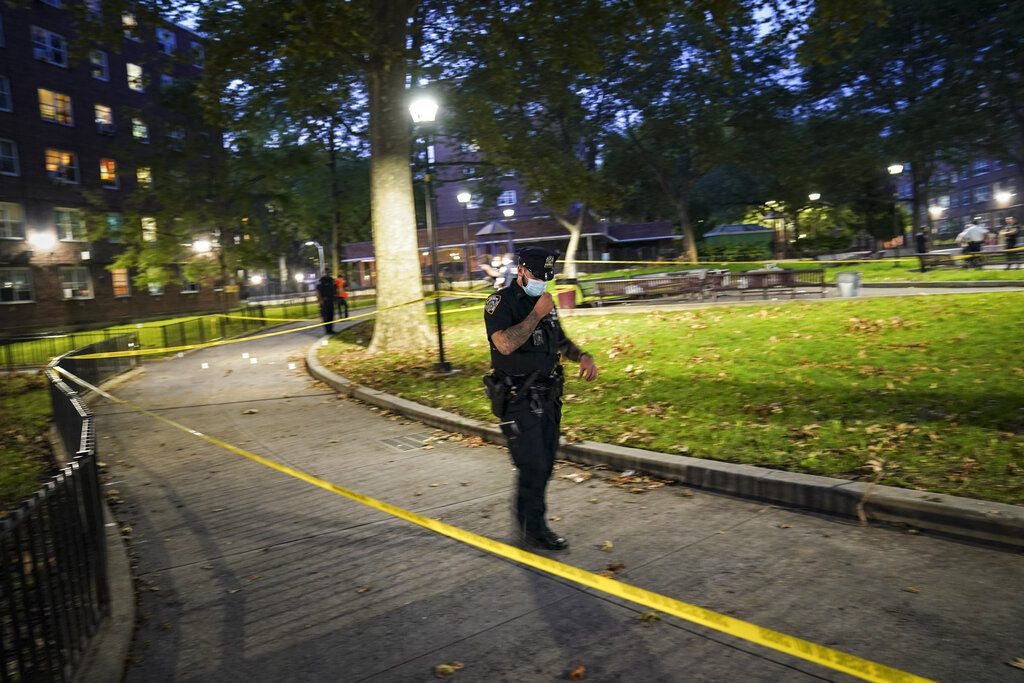 The New York Police Department has seized more guns in the first four months of the year at the highest rate since 1996, but shootings and homicides have continued to rise.

Many of the guns are smuggled in from the South, where gun restrictions are more lenient, and sold illegally in the streets, the Wall Street Journal reported.

“We are putting more and more officers in the areas that see the most violence,” Chief Michael LiPetri, the chief of crime control strategies, said. He believes much of the shootings come from gang activity in Queens, Brooklyn, and the Bronx.

To combat the gun violence, the NYPD is adding more officers to its Gun Violence Suppression Division, which tracks and identifies gun smugglers.

Between January 1 and April 12, officers seized guns in 1,466 arrests, the most in 15 years according to the Mayor’s Office of Criminal Justice. In 20202, guns were confiscated at 931 arrests.

Most of these guns are smuggled from the Carolinas into New York along the Interstate 95 “Iron pipeline,” Joseph Pollini, a former NYPD lieutenant commander, explained. He noted that gun sales soared during the pandemic and civil unrest over the past year, and those legal guns could be brought into the city and sold on the black market.

Marcos Soler, director of the Mayor’s Office of Criminal Justice, said that during the early months of the pandemic, when few people were outside and the police force saw many officers on sick leave, people likely grew more emboldened and thought they could get away with crimes.

“In order to reverse that trend, you need to send a message that people will be caught,” Soler said.

At his press conference on Wednesday, Mayor Bill de Blasio blamed the rise in crime on the pandemic for shutting down communities and for halting the court system.

It was the  “perfect storm of people, almost a million people losing their jobs, school shut down, houses of worship shut down, communities just not having all the things that normally glue them together,” the mayor said. “There’s been very few trials and we have a large number of people awaiting trial. And if you can’t have trials, you can’t move the system…When there are trials, if someone’s guilty, there’s a consequence.”