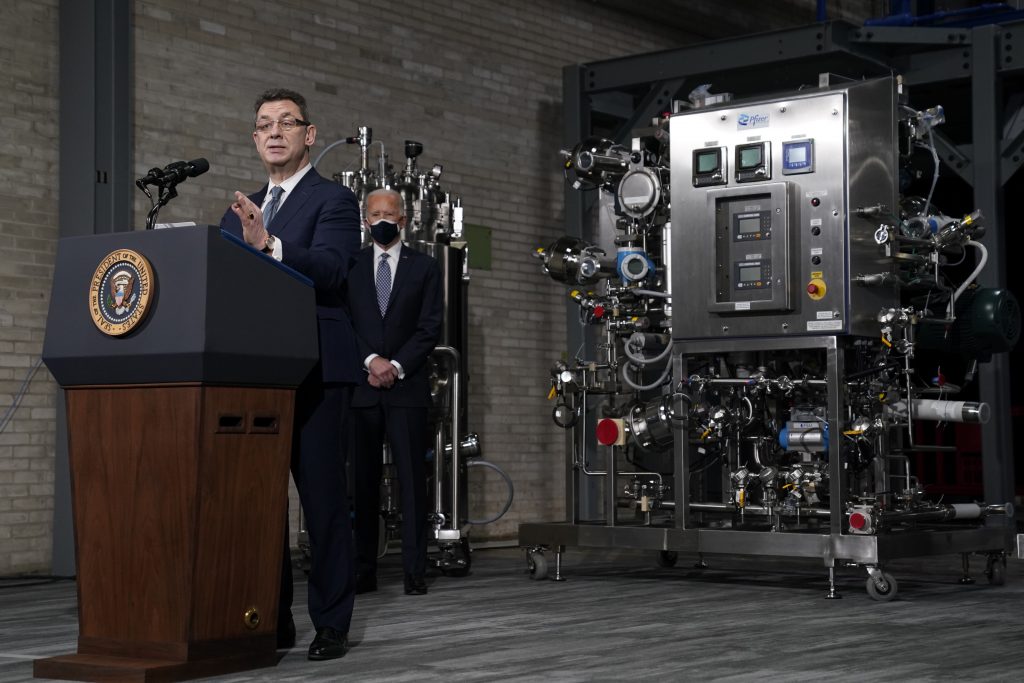 Israel paid tribute to the chief executive of international drug maker Pfizer during its Independence Day celebrations Thursday, thanking him for a partnership that has helped the country carry out one of the world’s most successful coronavirus vaccination campaigns.

“Together we are demonstrating that through mass vaccination we can defeat the COVID-19 pandemic and save lives.” Bourla, a son of Jewish Holocaust survivors from Greece, had reportedly been invited to attend in person as a representative of Diaspora Jewry but was unable to come.

In response to heavy lobbying from Israeli Prime Minister Benjamin Netanyahu, Bourla agreed to provide Israel with enough Pfizer/BioNTech vaccines to inoculate the country of 9.3 million people. In return, Israel has agreed to share data from its campaign with Pfizer.

Israel has vaccinated over three-quarters of its adult population in just over three months. Infection rates have plummeted, allowing the country to reopen its economy in recent weeks.

“We have shown that there is a path back to normal, and that definitely is something the entire world can celebrate,” Bourla said.

While most wore face coverings or had masks strapped around their chins, the scenes looked nearly identical to those from the pre-coronavirus era. After an early wave of the pandemic tamed celebrations significantly last year, Israelis were allowed to celebrate freely this year, with restrictions drawn back almost entirely.