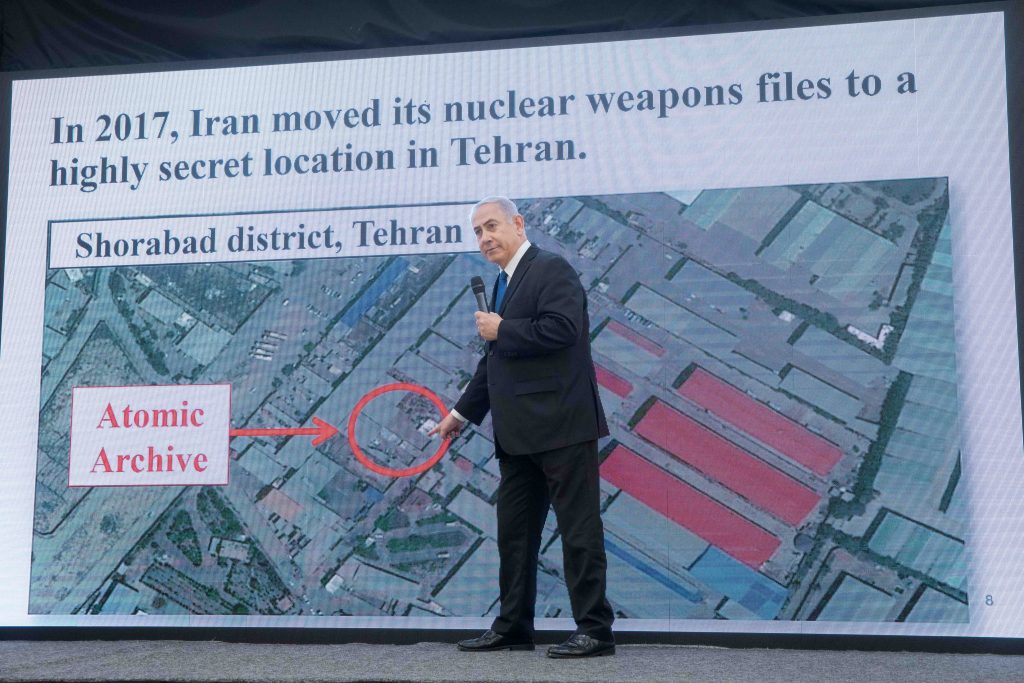 An adviser to Supreme Leader Ayatollah Ali Khamenei made what was apparently the first official admission that Israeli agents smuggled Iranian nuclear archives out of the country in 2018, providing evidence that Tehran was secretly pursuing atomic weapons.

The Mossad operation was publicized at the time by Israeli Prime Minister Binyamin Netanyahu‏‏, as evidence of the Iranian weapons program, but Tehran never acknowledged the incident and continued to deny its weapons ambitions.

Thursday’s admission came from Momeen Rezaei, secretary of the Expediency Discernment Council that reports directly to the supreme leader, in the context of a discussion of national security.

While reviewing a series of major security breaches— in less than a year, three security incidents have occurred: two explosions (at Natanz) and one assassination (of a leading nuclear scientist)”—he mentioned the archive heist:

“Before this, documents from our entire nuclear [archive] have been stolen, and before that, a few suspicious drones came and did some work.”

Although Tehran had initially sought to downplay the seriousness of the recent attack on the Natanz nuclear facility, Rezaei called it “a bad event in terms of prestige,” and that “they did it to break our resistance in diplomacy.”