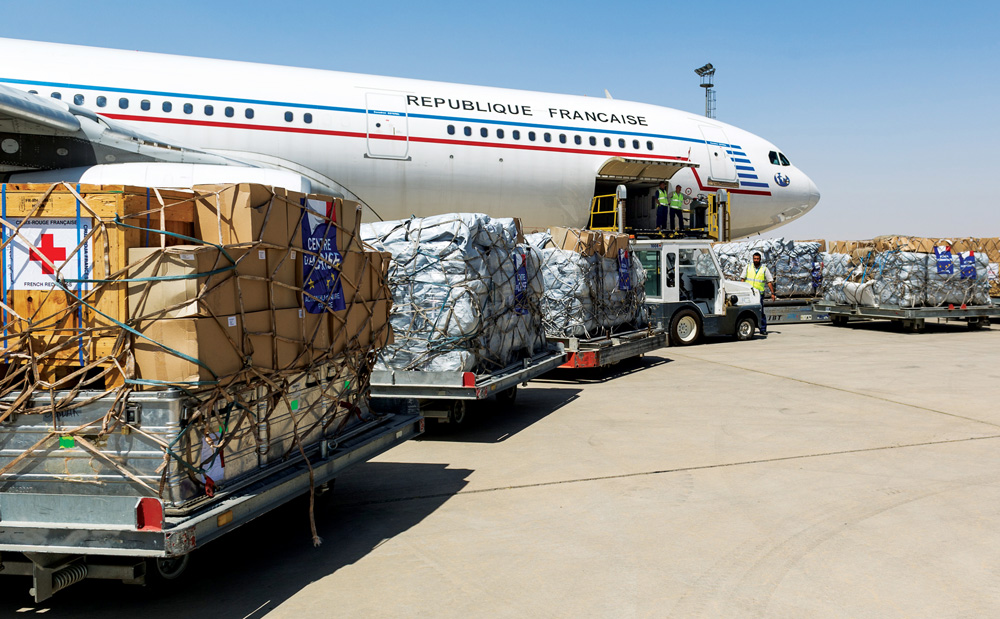 A drone dropped explosives near U.S. forces stationed at Erbil Airport in northern Iraq late on Wednesday, Kurdish officials said, with no immediate reports of casualties.

A separate rocket attack killed a Turkish soldier at a military base nearby, the Turkish Defense Ministry said.

It was the first known attack carried out by an unmanned aerial drone against U.S. forces in Erbil, amid a steady stream of rocket attacks on bases hosting U.S. forces and the Embassy in Baghdad that Washington blames on Iran-backed militias.

The Interior Ministry of the autonomous Kurdistan regional government, based in Erbil, said in a statement the drone was carrying TNT, which it used to target the U.S. forces. It said no one was hurt in the attack.

A group that Western and some Iraqi officials say is aligned with Iran praised the attack, but did not explicitly claim it.

A barrage of rockets hit the same U.S.-led military base in the Erbil International Airport vicinity in February, killing a non-American contractor working with the U.S. military.

Shortly before Wednesday’s attack in Erbil, at least two rockets landed on and near a base to the west of the city that hosts Turkish forces, Iraqi security officials said. That attack killed a Turkish soldier, Ankara said.

A rocket hit a base belonging to an Iraqi Shi’ite Muslim militia group near that Turkish base a few hours later, a security official said, wounding at least one fighter. It was not immediately clear who had fired the rocket.

Turkey also has troops in Iraq both as part of a NATO contingent and a force that has attacked Kurdish separatist militants in the north.

The Iran-backed militias oppose both the presence of the United States and Turkey and demand a full withdrawal of all foreign troops.

The United States has sometimes responded with airstrikes against Iran-aligned militias, including on the Iraqi-Syrian border.

An airstrike ordered by former President Donald Trump that killed Iran’s top commander Qassem Soleimani in January 2020 sent the region to the brink of a full-scale conflict.