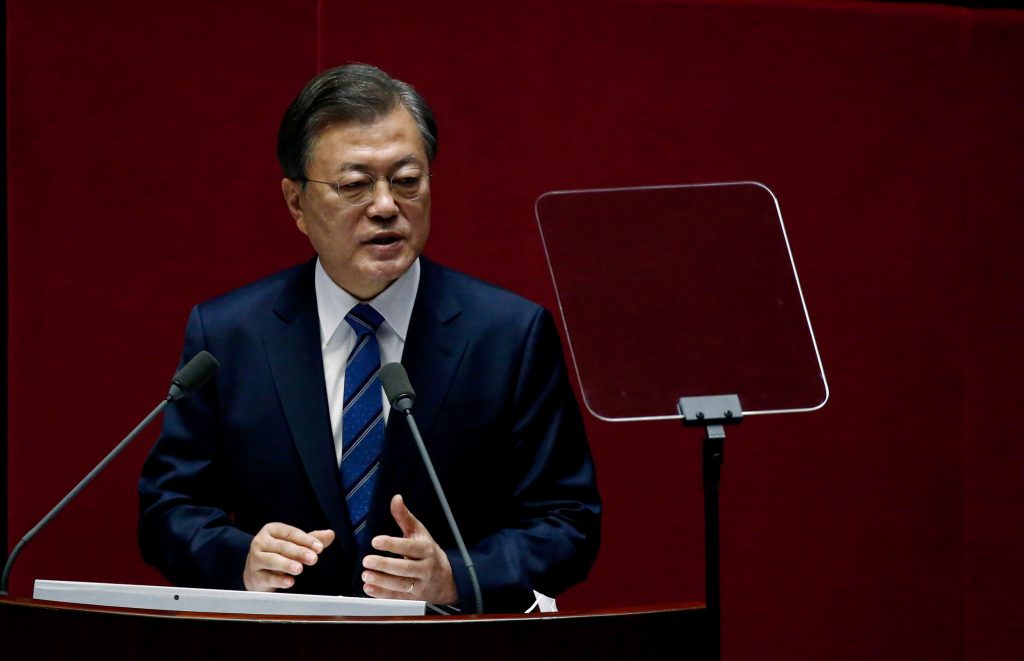 U.S. President Joe Biden will meet with South Korean President Moon Jae-in in Washington next month, Moon’s office and the White House said, in talks that will include how to push forward efforts to stem North Korea’s nuclear programme.

The Biden administration says it is in the final stages of a review of its policy towards North Korea and is keen to encourage trilateral cooperation with Seoul and Tokyo on that issue and other regional security concerns, including China.

Biden is scheduled to meet with Japanese Prime Minister Yoshihide Suga in Washington on Friday. Suga will be the first foreign leader to meet Biden in person since the president took office in January.

Moon’s spokesman Kang Min-seok said in a statement issued early on Friday, Seoul time, that Moon and Biden will discuss ways to develop strong ties between their countries and close cooperation to “achieve complete denuclearization and lasting peace” on the Korean peninsula.

Kang said the visit would take place in late May.

White House spokeswoman Jen Psaki said the summit would take place in the second half of May and the exact date was still being finalized.

Speaking at a regular news briefing on Thursday she said the meeting would “highlight the ironclad U.S.-South Korea alliance”.

Marc Knapper, the senior official for Japan and Korea at the U.S. State Department, told an event at Washington’s Center for Strategic and International Studies on Thursday that the summit with Suga would include discussion of North Korea’s nuclear missile program, which threatens all three countries.

North Korea has rejected unilateral disarmament and given no indication that it is willing to go beyond statements of broad support for the concept of universal denuclearization.