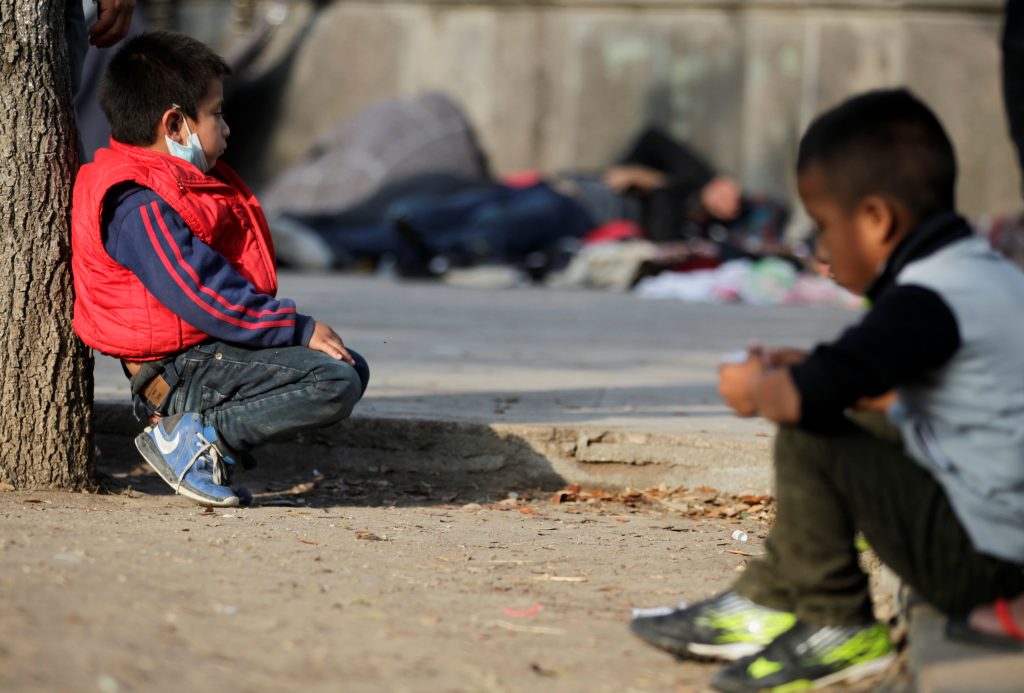 Vice President Kamala Harris said on Wednesday she intends to visit Mexico and Guatemala soon as part of her plan to use diplomatic efforts to slow the tide of migration to the U.S.-Mexican border.

President Joe Biden, who has moved away from his predecessor Donald Trump’s hardline immigration approach, gave Harris the job of leading U.S. efforts with Mexico and Central America’s Northern Triangle countries – Honduras, El Salvador and Guatemala – to stop the flow of migrants into the United States.

Harris spoke to reporters on Wednesday while participating in a virtual roundtable with experts who offered recommendations on the region, focusing on the core causes of migration in the Northern Triangle.

“Our focus is to deal with the root causes, and I am looking forward to traveling, hopefully as my first trip, to the Northern Triangle, stopping in Mexico and then going to Guatemala,” Harris said.

“We have plans in the works to go to Guatemala, as soon as possible,” Harris added.

The United States in March experienced the most unaccompanied children attempting to cross the border since such record keeping began in 2010. Overall, more than 172,000 migrants were caught at the U.S.-Mexico border in March, according to an administration official. Of those, roughly 168,000 were picked up by border patrol agents between ports of entry – the highest monthly tally since March 2001.

The United States must figure out how to bring about economic development in the Northern Triangle countries to curb immigration, Harris said. Most of the region’s people do not want to flee their homes but many do so because there are no opportunities to meet their needs, Harris added.

Harris already has helped strike an agreement with Mexico, Honduras and Guatemala to temporarily surge security forces to their borders to help curb migrant flow.