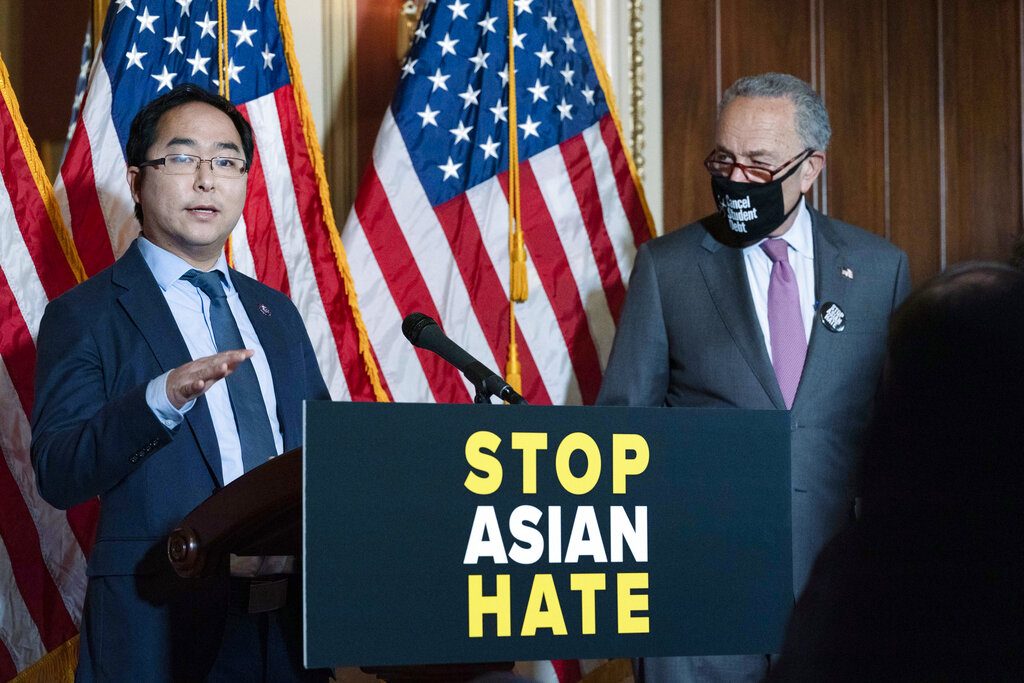 The Senate is poised to start debate on legislation confronting the rise of potential hate crimes against Asian Americans, a growing problem during the coronavirus crisis that will also test whether the chamber can push past partisanship on an issue important to many constituents.

Typically, the Democratic-sponsored COVID-19 Hate Crimes Act might quickly face a filibuster, opposed by Republicans who prefer a different approach. But under the Senate leaders’ agreement struck at the start of the year, Republicans and Democrats pledged to at least try to debate bills to see if they could reach agreement through the legislative process.

Ahead of Wednesday’s initial votes, several leaders of the Asian American and Pacific Islander community in Congress gave personal and heart-wrenching stories of the racism they and their constituents have faced, incidents on the rise during the virus outbreak.

“For more than a year, the Asian American community has been fighting two crises — the COVID-19 pandemic and the anti-Asian hate,” Rep. Grace Meng, D-N.Y., a co-author of the bill, said Tuesday at the Capitol.

“Combating hate should not be a partisan issue. It’s about the safety of all Americans,” Meng said.

The bill is the most substantive congressional response to what has been an alarming rise in racist sentiment against Asian Americans, fueled in part by derogatory language about the virus’s origins in China. The moment harks back to earlier eras of racism against Chinese Americans, Japanese Americans and others of Asian heritage in this country.

Senate Republicans have panned the legislation for various shortcomings but have signaled they will not block it with a filibuster.

Senate Republican leader Mitch McConnell said as the “proud husband of an Asian American woman, I think this discrimination against Asian Americans is a real problem.”

McConnell is married to Elaine Chao, the former transportation secretary, and he said Tuesday he was hoping to work out an agreement with Democrats to at least debate the bill and consider potential amendments.

Senate Majority Leader Chuck Schumer launched the process to consider the bill this week, testing whether enough Republican senators will vote to proceed. Any one senator can halt the process, and it takes 60 votes in the Senate, which is evenly split 50-50 between Democrats and Republicans, to overcome a filibuster.

Schumer said he was open to considering changes to the bill. He is in conversations with McConnell on a package of amendments that could be considered, according to aides.

“We cannot and must not remain silent,” Schumer said Tuesday. “There is no reason, no reason, this shouldn’t be a bipartisan bill that passes the Senate.”

A robust floor debate is rare for the Senate, which has ground to a halt due to pervasive partisanship. The gridlock has intensified calls from Democrats to change the filibuster rules to push past the opposition. Shy of taking that step, Schumer and McConnell had reached a tentative accord earlier this year to try to push past stalemates and allow senators to discuss and amend bills.

Several Republican senators indicated they would prefer to adjust the hate crimes legislation, but they are reluctant to exercise the filibuster on this bill. Opposing it could expose senators to claims they are being racially insensitive.

Leaving a caucus luncheon Tuesday, several GOP senators said they would not block the bill, but they were still looking at the legislation and proposed amendments to figure out what they would support.

Though timely, the legislation is also modest, what supporters see as a first step in a federal response to the rise of Asian American hate crimes. It would assign a point person within the Justice Department to expedite the review of COVID-19-related hate crimes and provide support for local law enforcement to respond to such incidents. The department would also work to limit discriminatory language used to describe the pandemic.

One bipartisan amendment would beef up support to law enforcement, and others are expected.