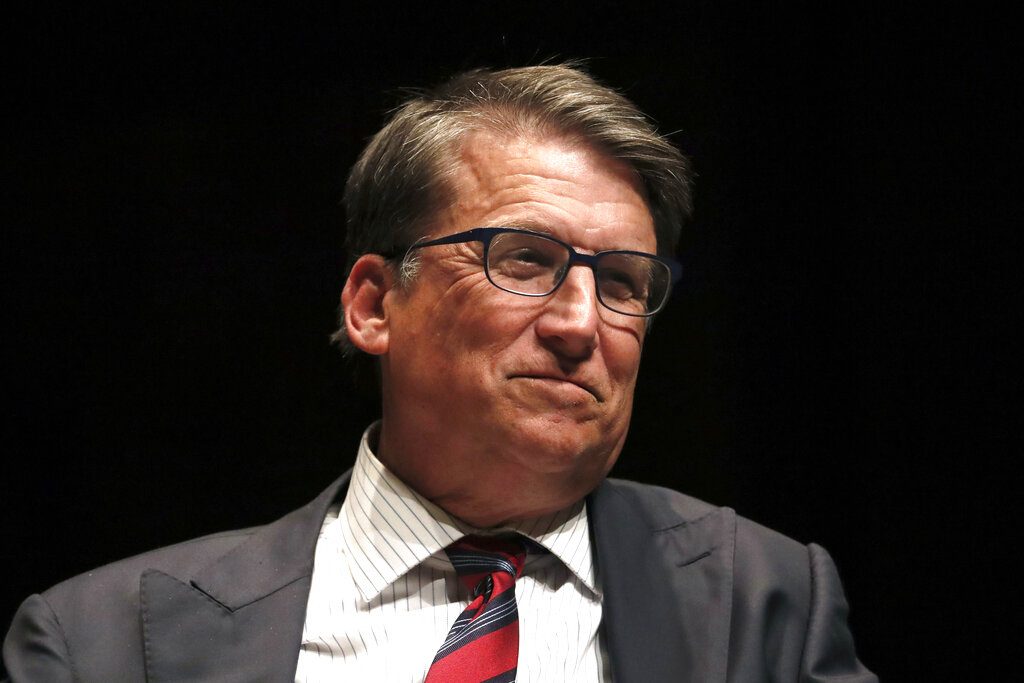 Former Republican Gov. Pat McCrory on Wednesday announced he’ll run for the U.S. Senate in North Carolina, shaking up the calculus in the expanding field to succeed retiring Sen. Richard Burr with the entrance of a veteran of statewide politics.

McCrory, who served as governor for four years through 2016, revealed his plans on his morning radio show in Charlotte, where he also served a record 14 years as mayor. McCrory had said in late 2019 that he would strongly consider a Senate bid in 2022. He has quietly built a team of experienced consultants and fundraisers.

“I’m in,” he told listeners on WBT radio, citing his long record of public service. “I’m going to run for the U.S. Senate because I’m simply the best for the job of all the candidates that are considering to run… and if I wasn’t, I wouldn’t run.”

McCrory enters the campaign as the most well-known among any announced candidate, surging past recent U.S. Rep. Mark Walker, who unveiled his bid in December to try to secure early GOP primary support. Current U.S. Rep. Ted Budd and Lara Trump, the daughter-in-law of Trump and a North Carolina native, also are considering runs for the Republican nomination.

“He has shown that he can win statewide office,” Cooper said. He also noted that McCrory’s radio program, in which the former governor focuses on the latest political news, has offered good preparation: “He’s been doing as much training as anybody could in running for the Senate.”

2020 Senate primary candidate Erica Smith and current state Sen. Jeff Jackson are among several Democrats competing for the opportunity to take back the seat held by the Republican Burr since 2005. Former state Supreme Court Chief Justice Cheri Beasley also is expected to join the field soon. Burr announced years ago that his third six-year term would be his last. A Democratic victory would help a party clinging to a small edge in the Senate in which Vice President Kamala Harris can break tie votes.

McCrory, 64, has been on the sidelines of hard-nosed state Republican politics since losing his gubernatorial re-election by barely 10,000 votes to current Democratic Gov. Roy Cooper in 2016. He ran for governor two other times, losing to Beverly Perdue in 2008, and defeating Walter Dalton in 2012.

Sticking to previous gubernatorial campaign themes, McCrory pegged himself as an outsider who would bring “conservative common sense” to the Senate.

“I built my career outside of Washington. As a mayor and governor, I took on the tough fights. The liberals attacked me for it,” McCrory says.

McCrory’s gubernatorial term was marked by working with the Republican-dominated legislature to pass a massive tax overhaul, transportation funding reform and vouchers for low-income children to attend private schools. He said his policies helped begin a “Carolina Comeback” economic recovery.