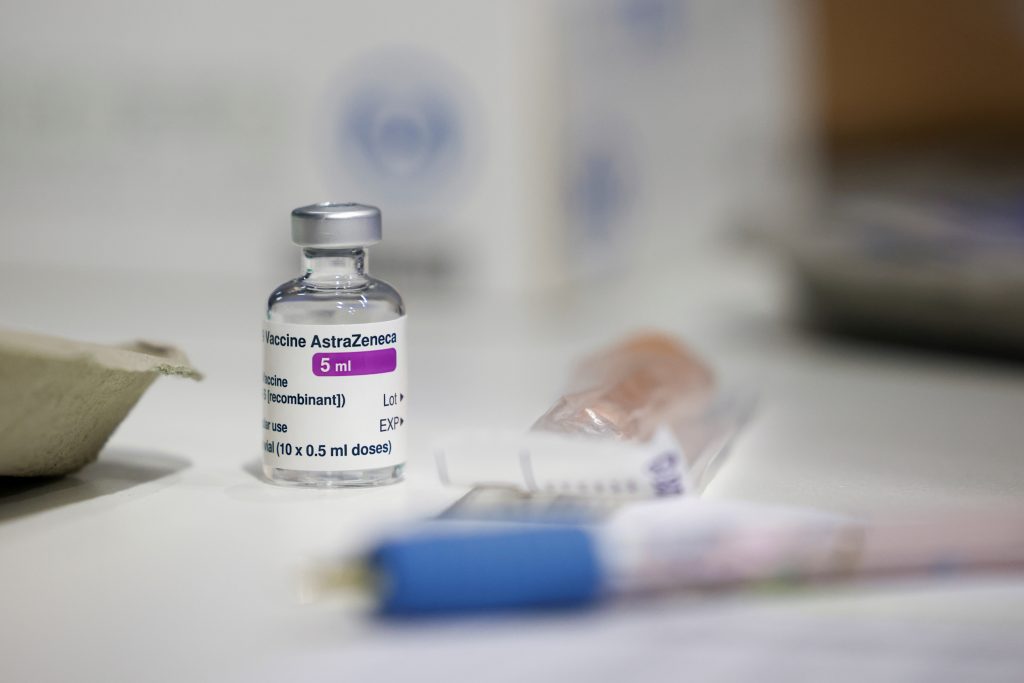 With two COVID-19 vaccines now under scrutiny for possible links to very rare cases of blood clots in the brain, U.S. government scientists are focusing on whether the specific technology behind the shots may be contributing to the risk.

In Europe, health regulators said last week there was a possible link between the AstraZeneca Plc vaccine and 169 cases of a rare brain blood clot known as cerebral venous sinus thrombosis (CVST), accompanied by a low blood platelet count, out of 34 million shots administered in the European Economic Area.

The U.S. Food and Drug Administration on Tuesday recommended temporarily halting use of the Johnson & Johnson vaccine after reports of six cases of CVST in women under age 50 among some seven million people who received the shot in the United States.

Both vaccines are based on a new technology using adenoviruses, which cause the common cold, that have been modified to essentially render them harmless. The viruses are employed as vectors to ferry instructions for human cells to make proteins found on the surface of the coronavirus, priming the immune system to make antibodies that fight off the actual virus.

Scientists are working to find the potential mechanism that would explain the blood clots. A leading hypothesis appears to be that the vaccines are triggering a rare immune response that could be related to these viral vectors, FDA officials said at a briefing on Tuesday.

The U.S. agency will analyze data from clinical trials of several vaccines using these viral vectors, including J&J’s Ebola vaccine, to look for clues.

None of the previous vaccines using viral vectors have been administered at close to the scale of the AstraZeneca and J&J COVID-19 shots, which may explain why a potential link to blood clots only materialized during these massive vaccination programs.

The technology has also been used in coronavirus vaccines developed in China and Russia.

Peter Marks, director of the FDA’s Center for Biologics Evaluation and Research, was reluctant to declare the blood clot issues a “class effect” shared by all adenovirus vector vaccines, but he sees marked similarity in the cases.

“It’s plainly obvious to us already that what we’re seeing with the Janssen (J&J) vaccine looks very similar to what was being seen with the AstraZeneca vaccine,” Marks said. “We can’t make some broad statement yet, but obviously, they are from the same general class of viral vectors.”

In Europe, scientists are exploring a number of hypotheses, including looking more broadly at the way the SARS-CoV-2 virus itself affects blood coagulation.

One team in the Netherlands plans to conduct lab studies that expose specific types of cells and tissues to the vaccines and monitor how they react. They will also explore whether any risks could be limited further by reducing the vaccine dose.

“There are many hypotheses, and some of them may play a role,” said Eric van Gorp, a virologist at Erasmus Medical Centre in Rotterdam. “We are at the beginning, and – as it goes in research – it may be that we can find the clue at once, or it may be that it goes step by step.”

Other scientists were struck by the parallel between the J&J and AstraZeneca shots.

Danny Altmann, a professor of immunology at Imperial College London, said the similar blood clotting incidents associated with both “is clearly noteworthy for defining mechanism.” There has been no sign of such problems with the vaccines made by BioNTech SE with Pfizer Inc or Moderna Inc using a different technology.

“It would be interesting to know more about Sputnik V – also a similar adenovirus vaccine,” Altmann said. The Russian vaccine developed by the Gamaleya Institute in Moscow uses two different human cold viruses – including the Ad26 virus in the J&J shot.

Examining whether there is some common link to adenoviruses is “a reasonable speculation, and it’s a line of research and investigation. But that doesn’t mean it’s proven,” said John Moore, a professor of microbiology and immunology at Weill Cornell Medical College in New York.

Moore, who took part in an informal White House briefing with other scientists on Tuesday, said the FDA and U.S. Centers for Disease Control and Prevention are working closely with health officials in Europe to determine whether the syndromes linked to the AstraZeneca and J&J vaccines are the same.

An important clue may lie in the fact that the reported events typically appear around 13 days after the shot, which is the period in which antibodies might be expected to appear.

“This is speculation, but the timing of something happening after about 13 days on average is suggestive of an immune response to a component to the vaccine,” Moore said.

Investigations of this sort could take years. But like the vaccines themselves that were produced in record time, Moore believes there will be so much effort put into the research that it will more likely be resolved within weeks.

“It’s so clearly important,” he said.