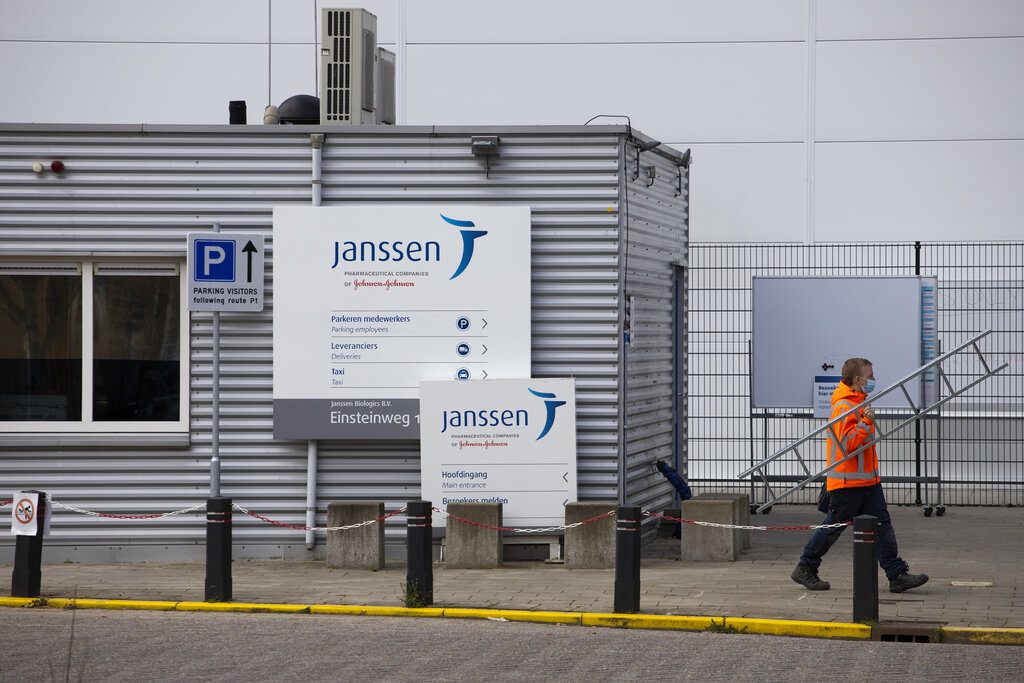 European countries diverged Wednesday on whether they would push ahead with giving their residents Johnson & Johnson’s COVID-19 vaccine after reports of very rare blood clots in a handful of recipients in the United States.

While some European Union members put the vaccine on hold as recommended by the American company, Poland, France and Hungary said they would go ahead and administer the doses that had arrived as the EU’s 27 nations face continuing pressure to speed up their immunization drives.

The Johnson & Johnson vaccine, distributed in Europe by its subsidiary Janssen, is a key part of Europe’s vaccination campaign, which has been criticized as sluggish. Of the four vaccines currently approved for use in the EU, J&J’s is the only one that requires a single dose to be fully effective. That makes it ideal for hard-to-reach, vulnerable groups, such as those who are homeless or migrant workers.

But the drugmaker decided Tuesday to delay deliveries to Europe after the Food and Drug Administration recommended a pause in the vaccine’s use in the U.S. while the rare clot cases are examined. The decision was the latest blow to the vaccine rollout in Europe, which already experienced a similar clot scare with the vaccine developed by British-Swedish company AstraZeneca.

The European Medicines Agency, the EU’s regulatory agency for pharmaceutical products, has not advised EU members to put the Johnson & Johnson vaccine on hold. It said Wednesday: “The company (J&J) is in contact with national authorities, recommending to store the doses already received until the PRAC (EMA’s safety committee) issues an expedited recommendation.”

It’s not clear if the exceedingly rare reports in the U.S. — so far, six cases out of about 7 million inoculations — are linked to the Johnson & Johnson vaccine. But European regulators already have declared that the unusual type of clots are possibly linked to the AstraZeneca vaccine, which is made with technology similar to Johnson & Johnson’s product.

The AstraZeneca vaccine is in wide use around the globe, though not yet in the U.S. Several countries have imposed age restrictions on its use because of the clot concerns. Denmark, which put the vaccine on hold last month, decided Wednesday not to resume using the shots it had on hand, saying that citizens who had received a first dose would be offered a second dose of a different vaccine.

Still, experts agree COVID-19 poses a much larger risk of death and hospitalization than the potential threat of atypical clots. But the concerns could still undermine public confidence in these vaccines and in the entire vaccination effort.

On Wednesday, advisers to the U.S. Centers for Disease Control and Prevention are expected to debate how to handle the Johnson & Johnson vaccine.

The EMA, which approved the vaccine last month, said Wednesday that it will make a recommendation likely next week on how to proceed with the vaccine.

Until then, the regulator said that it “remains of the view that the benefits of the vaccine in preventing COVID-19 outweigh the risks of side effects.”

France, which received 200,000 doses, said it is also sticking to its plan to start administering the vaccine in the middle of next week to people age 55 and over. Hungary also said it would move ahead with the doses it received. It plans to distribute them using buses that bring vaccines to rural areas.

Other countries, however, decided to hold up.

Italian Health Minister Roberto Speranza said his government was waiting for further information from the FDA and the EMA to decide how to proceed with the initial 180,000 doses that arrived in Italy Tuesday.

“But I think this vaccine must be used because it’s an important vaccine, and the U.S. decision was a precautionary one, and the choice of Johnson & Johnson to not immediately put it on the market in Europe was also a precautionary choice,” Speranza said.

“Our hope is that these knots can be resolved as soon as possible so we can use this vaccine, which would be the fourth one and is particularly useful for us,” he said.

The Netherlands also put the 80,000 Johnson & Johnson doses it received into storage, as did Denmark, Croatia and Romania with their batches. South Africa suspended the shot as a “precautionary measure.”

The European Union has for weeks been looking at Britain with envy as the vaccination program of its former member outpaced its own.

The J&J shot was supposed to help it play catch-up.

Under a contract with the European Commission, 200 million doses were supposed to arrive in the second quarter of this year. That deal allowed for the purchase of an additional 200 million doses.

The trouble with Johnson & Johnson comes after various delays in shipments of other vaccines to Europe and the concerns with the AstraZeneca-BioNTech vaccine that first led countries to suspend its use and then impose a dizzying array of age restrictions on it.

Spain, for instance, went from using AstraZeneca on young people at first, to now only giving it people ages 60-69.
In a sign of the bloc’s current thinking, European Commission President Ursula von der Leyen announced Wednesday that the bloc will start negotiating to buy 1.8 billion doses of the Pfizer-BioNTech vaccine through 2023.