National U.S. to Base Additional Troops in Germany in Reversal of Trump Policy
National 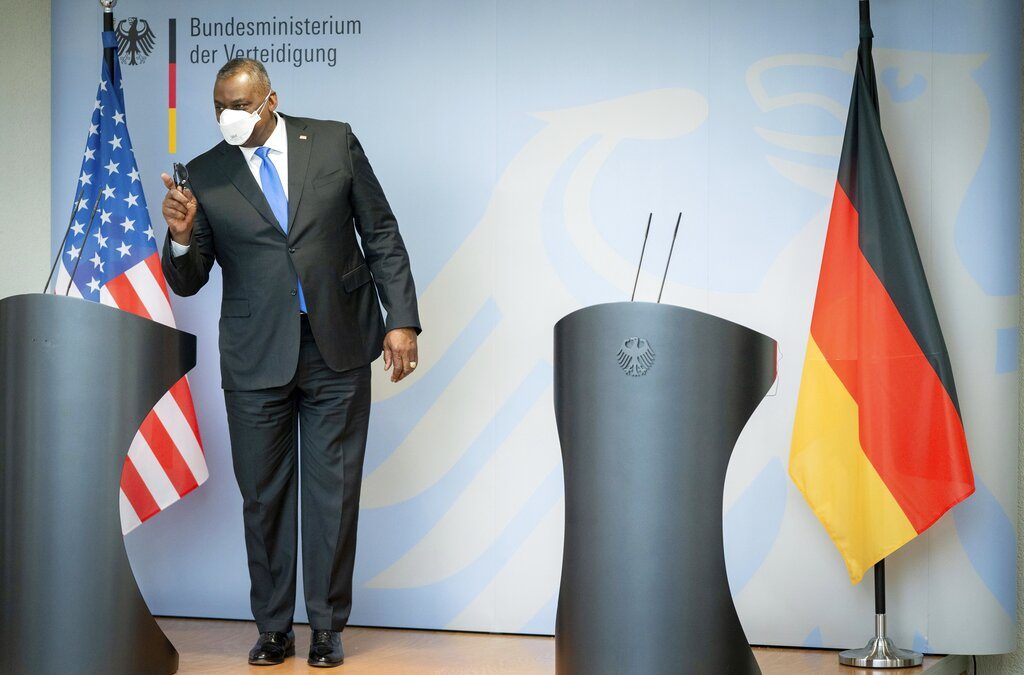 The United States will ramp up its forces in Germany amid the latest tensions with Russia over Ukraine, abandoning former President Donald Trump’s plans to withdraw around 12,000 of the 36,000 troops from the fellow NATO country.

“I briefed the minister on our intention to permanently stage an approximately 500 additional U.S. personnel in the Wiesbaden area as early as this fall,” U.S. Secretary of Defense Lloyd Austin told journalists at a press conference after meeting his German counterpart, Annegret Kramp-Karrenbauer, in Berlin.

Last June, Trump had announced his intention to cut the U.S. troop contingent in Germany by about a third, saying Berlin had been taking advantage of the United States while not meeting financial obligations to NATO.

Austin, who as a young lieutenant served in Germany and said he had fond memories of the time, struck a completely different tone, thanking Berlin for its contribution to NATO missions as in Afghanistan and taking steps to increase defense spending.

“I truly value what you bring. It is not lost on me that we share values and that you are a very committed partner,” he said while Kramp-Karrenbauer welcomed his troop decision as an encouraging signal.

Austin evaded questions about whether the deployment of additional troops should be interpreted as a message to Russia amid renewed tensions over Ukraine but stressed the military value for NATO of having more boots on the ground in Europe.

“These forces will strengthen deterrence and defense, and they will augment our existing abilities to prevent conflict and if necessary to fight and win,” he said. “It will greatly improve our ability to surge forces at a moment’s notice to defend our allies.”

The West has expressed concern in recent weeks over a huge build-up of Russian forces close to Ukraine’s eastern border and in Crimea, which Russia annexed from Kyiv in 2014.

On Tuesday, NATO Secretary-General Jens Stoltenberg called on Russia to withdraw troops that the alliance says Moscow is massing on Ukraine’s borders, ahead of an emergency meeting of allied foreign and defense ministers.