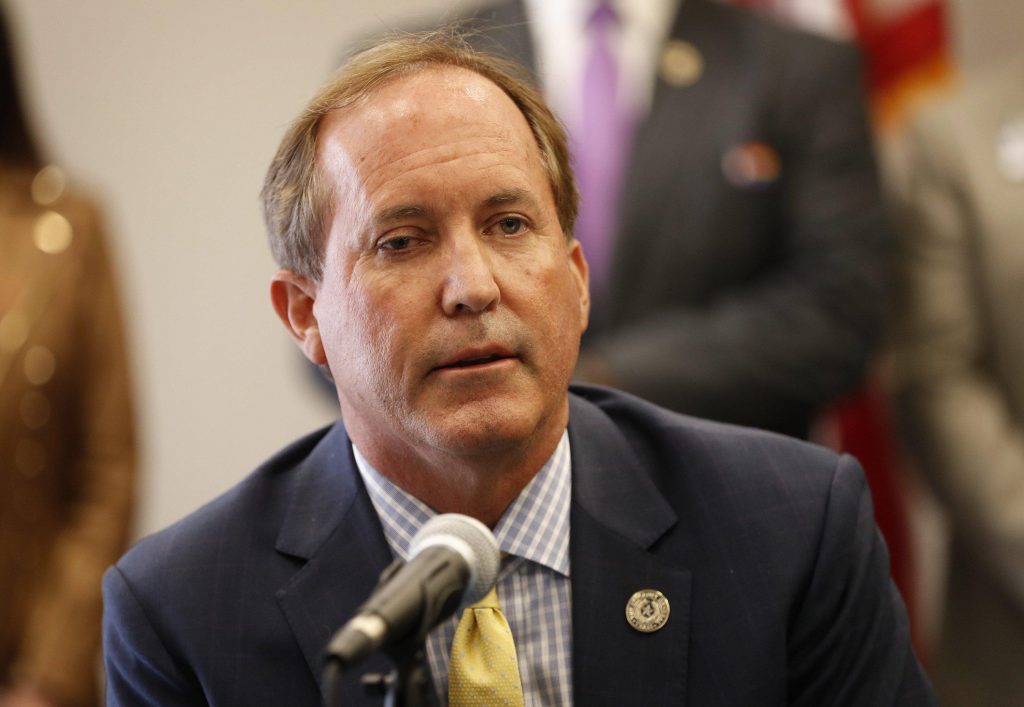 Continuing his attack on President Joe Biden’s immigration policies, Texas Attorney General Ken Paxton filed a federal lawsuit Tuesday that seeks to reinstate a Trump-era rule that restricts immigrants’ ability to stay in the United States if they traveled through Mexico from another country.

It was Paxton’s third immigration-related lawsuit and the second in the past week.

Paxton argued that Donald Trump’s restriction, which required many non-Mexican asylum-seekers to remain in Mexico while awaiting immigration court hearings, greatly reduced the burden on federal and state resources along the state’s southern border and discouraged illegal immigration.

“President Biden could immediately remedy the influx of crime pouring across our border,” he said. “We cannot allow this lawlessness to destroy our communities any longer. President Biden must act.”

Biden began phasing out the remain in Mexico policy on Inauguration Day after sharply criticizing it as inhumane, saying tens of thousands of asylum-seekers were being forced to live in squalor along the border while waiting for their cases to be processed. Advocates said many of those seeking asylum were fleeing violence, corruption and poverty in Central America.

“This is the first president in the history of the United States of America that says anybody seeking asylum has to do it in another country. That’s never happened before in America,” Biden said during a presidential debate in October.

Paxton filed his latest lawsuit against Biden in federal court in Amarillo, putting the complaint before U.S. District Judge Matthew Kacsmaryk, who was appointed by Trump after serving as a lawyer for First Liberty Institute, a conservative Christian legal advocacy group. Missouri’s attorney general joined the complaint.

Last week, Paxton sued the Biden administration, alleging that federal authorities were illegally declining to take custody of immigrants subject to deportation who are about to be released from Texas prisons.

And earlier this year, Paxton successfully sued to overturn a directive that blocked most deportations during the first 100 days of Biden’s presidency while immigration officials conducted a comprehensive review of priorities.

In the latest challenge, Paxton is asking the judge to issue a nationwide injunction barring enforcement of the order that suspended the Trump asylum protocols, arguing that Biden illegally rescinded the remain in Mexico policy.

The lawsuit accused Biden of acting in an arbitrary and capricious manner, in violation of the U.S. Administrative Procedure Act, by rescinding Trump’s policy without the required analysis of how it would impact immigration enforcement or states like Texas.

Paxton also said the change violated an agreement, quietly signed by Texas and federal officials in the closing days of the Trump administration, that requires the Department of Homeland Security to give Texas officials 180 days’ notice before changing immigration enforcement in the state.

Paxton, who had signed the agreement on Dec. 31 with Gov. Greg Abbott, argues that it also required federal officials to tell Texas about immigration changes in advance.

Biden administration lawyers have argued that the agreement was illegal because no state can have veto power over federal immigration authority. They also said outgoing presidents could not make binding policy decisions for their successors via agreements with the states.