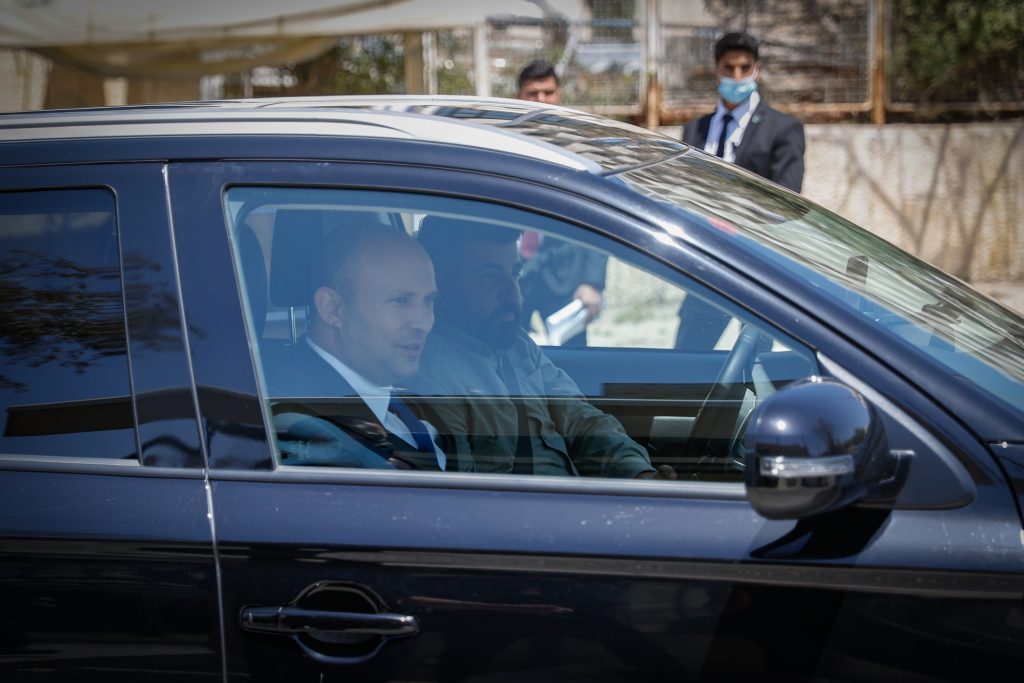 At the same time, negotiating teams from Yamina and the Likud are holding their own meetings as talks continue toward the establishment of a new government.

One of the key issues that was discussed during the Netanyahu-Bennett meeting was how to convince Religious Zionist Party leader MK Betzalel Smotrich to agree join a government supported from the outside by the United Arab List (Ra’am). Until now, Smotrich has ruled out joining any government which relies on the support of Ra’am.

Meanwhile, according to a Globes report, Netanyahu has offered Bennett all of the senior ministerial positions currently held by Blue and White, including the Defense Ministry and Foreign Ministry, as well as the Sport and Culture Ministry.

One exception, according to the report, is the Justice Ministry. While the portfolio was held by Blue and White, Netanyahu is hoping to keep the ministry in Likud control in the new government.

The Justice portfolio was given to Blue and White last year, with Avi Nissenkorn serving as minister. Upon his resignation in late 2020, Blue and White leader Benny Gantz was named as acting Justice Minister until a permanent replacement could be named. Since the appointment expired on April 1, the position has remained vacant.

The Likud responded to the report that they will not comment on it.

Yamina’s response was: The information in the report is incorrect.