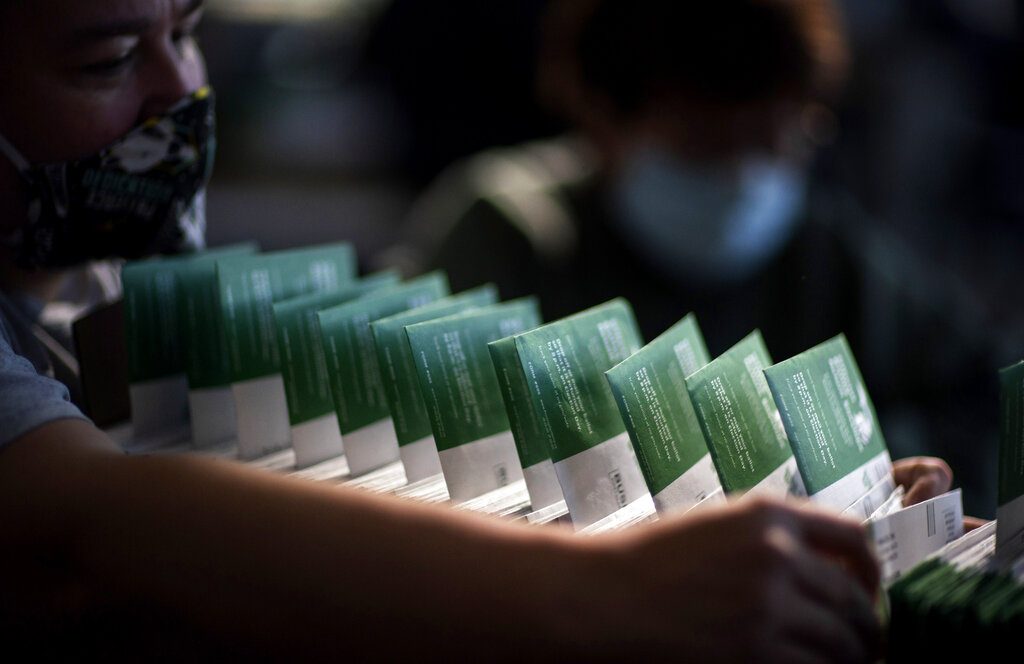 The leaders of three-dozen major Michigan-based companies, including General Motors and Ford, on Tuesday objected to Republican-sponsored election bills that would make it harder to vote in Michigan and other states.

The businesses issued a joint statement saying they are united for principles such as equitable access to the ballot and the avoidance of moves that reduce voting, particularly among historically disenfranchised communities.

The GOP-led state Senate is expected to soon begin hearings on wide-ranging legislation that would require a photo ID to vote in person, prohibit the unsolicited statewide mass mailing of absentee ballot applications and restrict the hours in which people could drop their ballot in curbside boxes.

Voters applying for an absentee ballot — an increasingly popular option under a 2018 constitutional amendment and during the coronavirus pandemic — would have to attach a copy of their ID. Governments would be banned from providing prepaid postage on ballot return envelopes.

Corporate leaders also have criticized a new election law in Georgia and bills in Texas.

“Government must support equitable access to the ballot to ensure that all eligible voters can exercise their rights,” the statement said. “Government must avoid actions that reduce participation in elections — particularly among historically disenfranchised communities, persons with disabilities, older adults, racial minorities and low-income voters.”

The statement was signed by GM’s Mary Barra, Ford’s Jim Farley, executives from all four Detroit professional sports teams and the leaders of auto suppliers, banks and other businesses.

They stopped short of weighing in on specific legislation in Michigan and other states, but said election laws must be developed in bipartisan fashion. They added that government should continuously improve and strengthen election administration “because public faith in the security and integrity of our elections in fundamental.”

In a separate statement, GM urged state lawmakers across the U.S. to protect and enhance “the right for all eligible voters to have their voices included in a fair, free and equitable manner.”

Republicans have said changes are needed to ensure election integrity following a surge in absentee voting in 2020.

More than 5.5 million people voted in Michigan’s presidential election — the most ever and the highest percentage of voting-age residents to cast a ballot in 60 years.

Several bills would be vetoed by Democratic Gov. Gretchen Whitmer if they reached her desk. But the state Republican Party has said it plans a maneuver that would enable the Legislature to pass them into law anyway if enough voter signatures were gathered for a ballot initiative.

Other measures in the 39-bill package would let 16 and 17 year olds preregister to vote and create an “early voting” day 10 days before Election Day. Votes submitted at polling places on that day would be counted then.

People already can cast an absentee ballot in person starting 40 days before an election, including the weekend before. Absentee ballots are counted on Election Day, which can lead to delayed results because processing them takes longer.