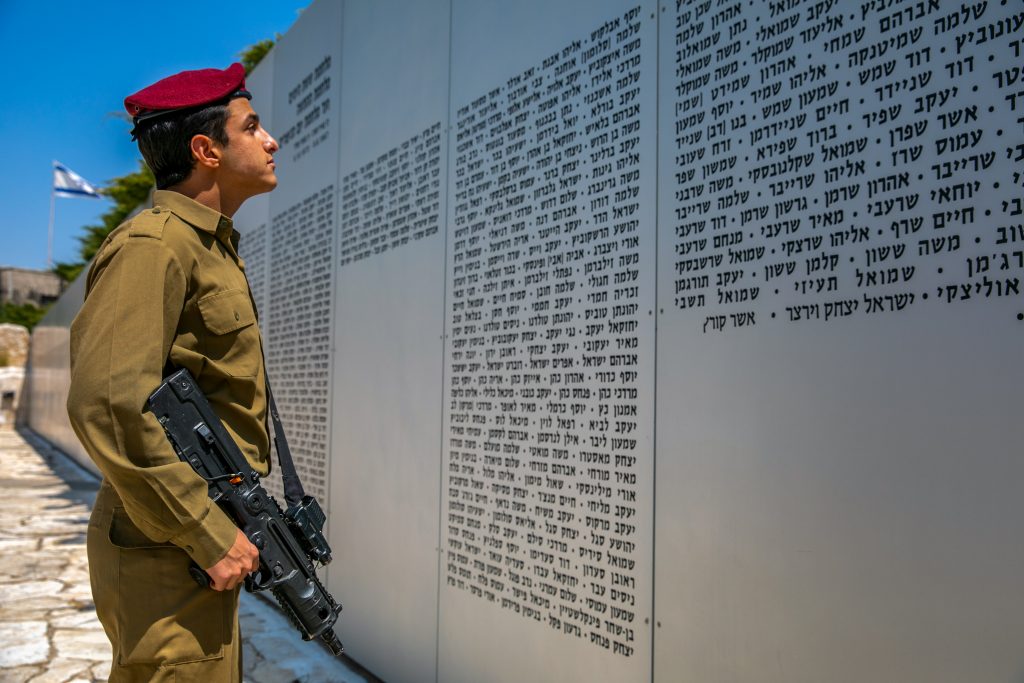 A minute of silence will be observed around the country as sirens sound at 8 p.m. A second, two-minute, siren will go off at 11 a.m. Wednesday

Memorial ceremonies are scheduled for the Kosel, the Knesset, Mount Herzl military cemetery inYerushalayim, and smaller events at other cemeteries.

Forty-three soldiers and civilians were killed since last Memorial, according to figures released by the Defense Ministry on Friday.

Forty-three were IDF soldiers, police officers, and civilians, and 69 were disabled veterans who passed away due to complications from injuries sustained during their service.

Unlike last year, few restrictions will be imposed due to the pandemic, owing to the falling infection numbers.

On Wednesday, the government approved allowing relatives of the fallen who do not have the Green Pass to attend ceremonies. The Green Pass is given to those who are fully vaccinated or have recovered from the coronavirus, granting them entry to public venues not open to others.

The new health measures, effective as of Thursday, include raising the number of people allowed to gather outdoors from 50 to 100. The current limit of 20 people indoors remains in place.

Memorial Day is one of Israel’s few national, non-religious holidays, during which large swaths of the Israeli public typically visit the graves of loved ones and comrades.

The general public has been encouraged to visit the graves of fallen soldiers over the next few days to avoid crowding on Memorial Day itself when close relatives are expected to attend.

The commemoration day, established in 1951 by then-prime minister and defense minister David Ben-Gurion, was set for the 4th of Iyar on the Jewish calendar, the day before Independence Day, which begins immediately after Memorial Day.