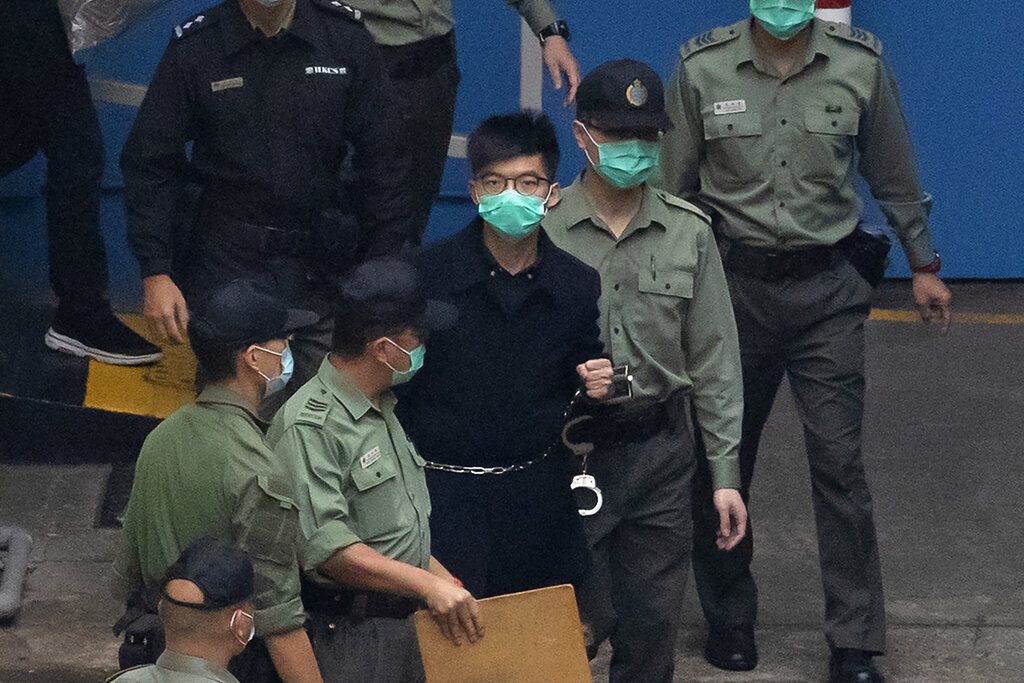 Joshua Wong, one of Hong Kong’s most prominent democracy activists and among 47 people charged under a national security law, was sentenced to four months in jail on Tuesday for unauthorized assembly and violating an anti-mask law.

Wong, 24, had pleaded guilty to both charges, including taking part in and using a facial covering at an unauthorized assembly in October 2019 during the height of anti-government protests, the court heard.

He had faced a maximum possible sentence of three years in jail. The sentence will extend a 13-and-a-half-month sentence he is already serving for organizing an illegal assembly.

Wong, whom magistrate Daniel Tang called an “iconic figure”, thanked his supporters, some of who chanted, “I miss you” and “Hang in there.”

Wong was among 47 democrats charged with conspiracy to commit subversion in late February under the city’s national security law for running in an unofficial primary election in July last year, the largest single crackdown on the opposition since the law was implemented.

He is currently serving a 13-and-a-half-month sentence for organizing and inciting an unlawful assembly near the city’s police headquarters in June 2019.

The former British colony of Hong Kong returned to Chinese rule in 1997 with the promise of wide-ranging autonomy and freedoms that pro-democracy activists, who brought parts of the city to frequent halts in sometimes violent protests in 2019, say are being whittled away by Communist Party rulers in Beijing.