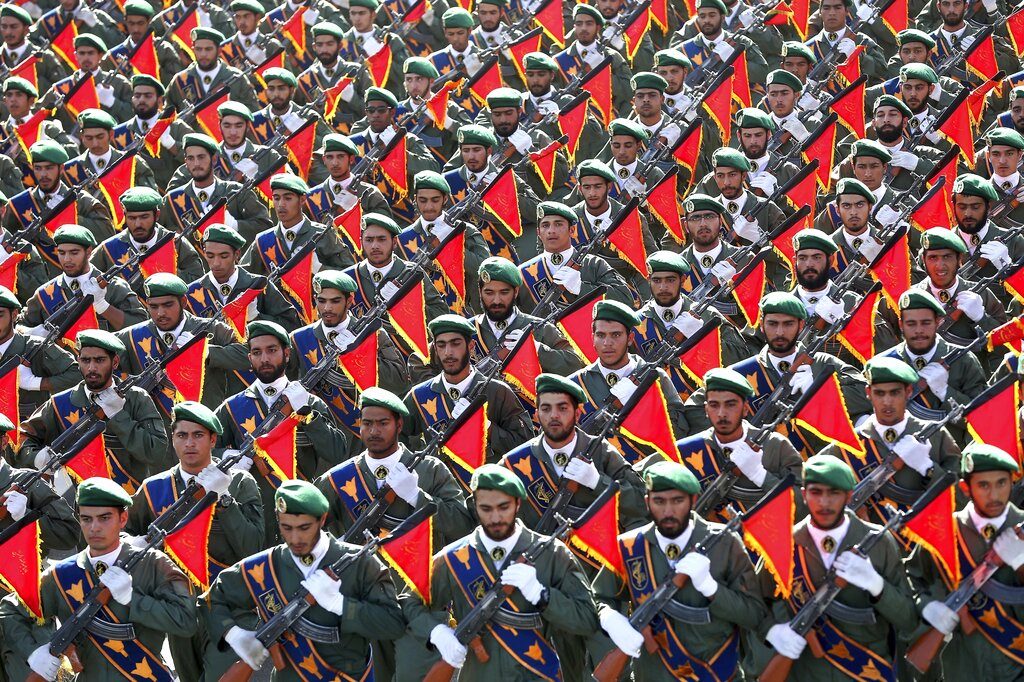 The recent sabotage at Iran’s main nuclear enrichment facility is just the latest setback for the country’s Revolutionary Guard, though the paramilitary force is rarely publicly criticized due to its power.

But with some of its leaders now considering vying for the presidency, the Guard’s influence and failures could become fair game.

In just over the last year, the Guard shot down a Ukrainian commercial airliner, killing 176 people. Its forces failed to stop both an earlier attack at Iran’s Natanz facility and the assassination of a top scientist who started a military nuclear program decades earlier. Meanwhile, its floating base in the Red Sea off Yemen suffered an explosion.

Then on Sunday, the nuclear facility, of which the Guard is the chief protector, experienced a blackout that damaged some of its centrifuges. Israel is widely believed to have carried out the sabotage that caused the outage, though it has not claimed it. In the wake of the attack, Iran announced Tuesday it would begin enriching uranium at 60% purity, the highest level its program has ever reached.

No one in Iran has directly called out the Guard for these failures — and that isn’t surprising. The force created after its 1979 Islamic Revolution has an extensive intelligence apparatus rivaling those of Iran’s civilian government — and it is brutal in its clampdown on dissent. Former detainees at Tehran’s Evin prison describe the Guard as running an entire ward of the facility housing politically sensitive prisoners. Local journalists can face arrest, prosecution and imprisonment for their work.

Around the edges, however, criticism is beginning to leak out.

Eshaq Jahangiri, President Hassan Rouhani’s top vice president and a reformist, lamented that “nobody is ready to be responsible” for what happened at Natanz in remarks that appeared aimed at the Guard.

“Which body is responsible to identify and prevent the country’s enemies from doing something in the country? Has anyone ever been held accountable, or been held responsible or reprimanded, for what the biggest enemy of this country is doing here?” Jahangiri asked in a video shared widely on social media.

Separately quoted by the hard-line newspaper Kayhan, Jahangiri added: “People need to know what the resources, credibility and prestige of the country are being spent on.”

That’s another apparent dig at the Guard, whose business interests through construction and other industries reach into the billions of dollars. The exact scope of all its holdings remains unclear, though experts’ estimates run from 15% to as much as 40% of Iran’s overall economy.

This new willingness to point the finger — however carefully — in the direction of the Guard may in part be due to the upcoming June presidential election.

Rouhani, a relatively moderate cleric within Iran’s theocracy whose administration struck a 2015 nuclear deal that brought Iran relief on sanctions, cannot run again due to term limits. That’s created a potential free-for-all filing period for candidates when it opens in May.

Within Iran, candidates exist on a political spectrum that broadly includes hard-liners who want to expand Iran’s nuclear program and confront the world, moderates who hold onto the status quo and reformists who want to change the theocracy from within. Those calling for radical change find themselves blocked from even running for office by Iran’s constitutional watchdog, the Guardian Council.

A soldier has yet to serve as Iran’s top civilian leader since the Islamic Revolution, in part over the initial suspicion that its conventional military forces remained loyal to the toppled shah. However, a line of former Guard leaders have begun raising their profiles ahead of the vote, and many may try to run.

They include Mohsen Rezaei, an outspoken former top commander; Hossein Dehghan, an adviser to Supreme Leader Ali Khamenei; Rostam Ghasemi, a former oil minister; and Mohammad Bagher Qalibaf, the speaker of Iran’s parliament known for his support of a bloody crackdown on students in 1999.

A young generation of Guard leaders is in the mix as well, led by Saeed Mohammad, who once headed the Guard’s powerful Khatam al-Anbiya Construction Headquarters that is one of Iran’s biggest business conglomerates.