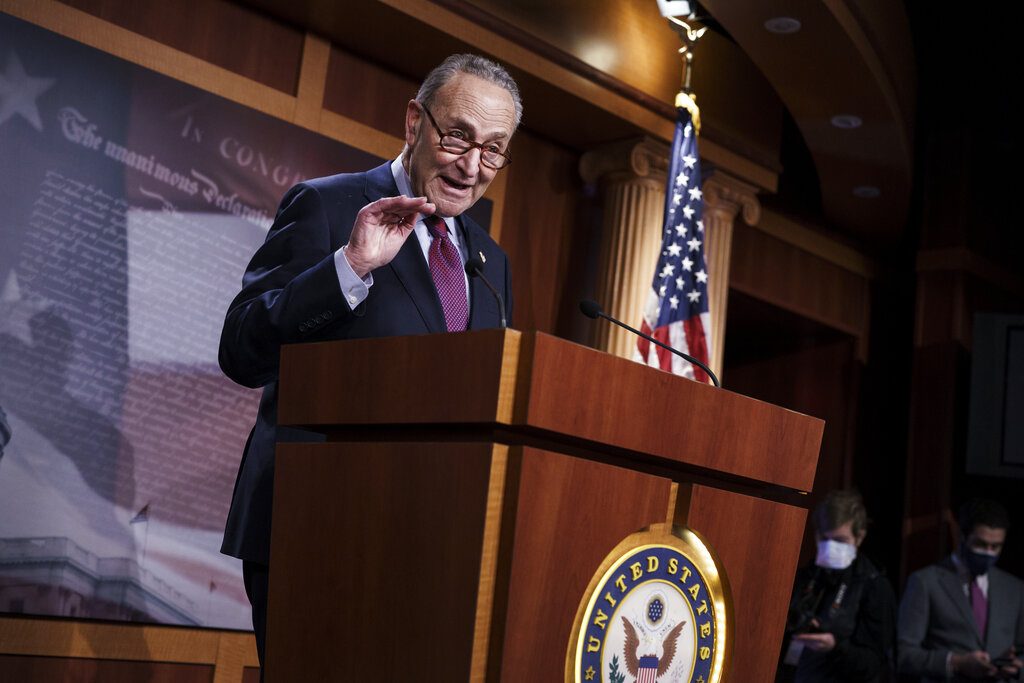 “I would hope that the money can be available within a month,” Schumer said at a news conference in New York.

Congress approved $3 billion in mental health treatment and $1 billion in crisis intervention programs through the American Rescue Plan last month, the New York Daily News reported. The funds would be distributed as grants to healthcare providers and services.

The Democrat Senate Majority Leader urged the federal Substance Abuse and Mental Health Services Administration to release the 10% of those funds that had been allocated to New York immediately.

“The mental health problems that people face is probably three times as large as it was pre-COVID,” Schumer said. “New York’s mental health struggles are an overall silent but devastating effect of this pandemic.”

Dr. Aspasia Hotzoglou, a psychologist at the Manhattan-based American Institute for Cognitive Therapy, said that the pandemic has caused a surge of loneliness, anxiety and depression as uncertainty over health and the economy consumed millions as they isolated.

“The faster these funds are released, the sooner these individuals can get the help they need and start to get better,” Hotzoglou told WCBS 880.